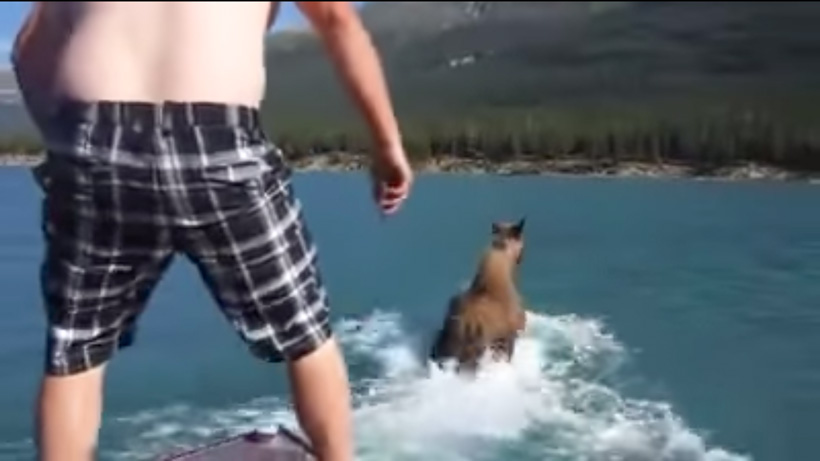 In a mixture of alcohol, idiocy and social media, a British Columbia man and his friends now face some severe consequences for jumping onto the back of a moose after chasing it around by boat. Thanks to social media, their video, which was posted originally to Facebook (and later marked as private), was viewed by a hunter from Prince George who immediately reported it to authorities. The video shows the drunk men laughing as they follow a scared moose by boat until it gets close enough for one man to jump on its back.

“I was absolutely disgusted, it’s not illegal, it’s absolutely unethical,” says hunter Steve Wolfe. “That moose was chased around for who knows how long.”

This is a serious case of animal cruelty and authorities are asking for anyone with information to contact them. Under the British Columbia Wildlife Act, the men could face fines as high as $100,000.