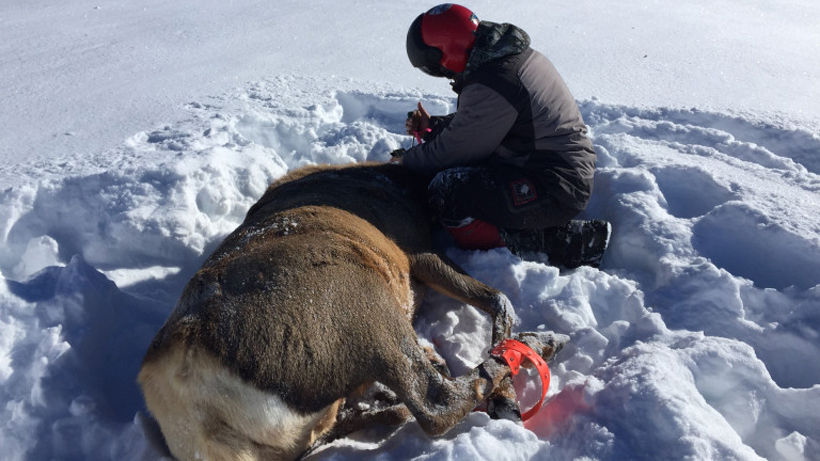 Ever spot a bull elk during pre-season scouting only to have it disappear before opening day? Preliminary data discovered during the current Gunnison Basin elk mapping project has found that elk seem to wander a lot more than previously thought. In fact, initial movement patterns show that elk within this particular area of Colorado travel long distances, easily moving between federal jurisdictional and game management unit (GMU) boundaries. This means that your disappearing elk may just be in another GMU. 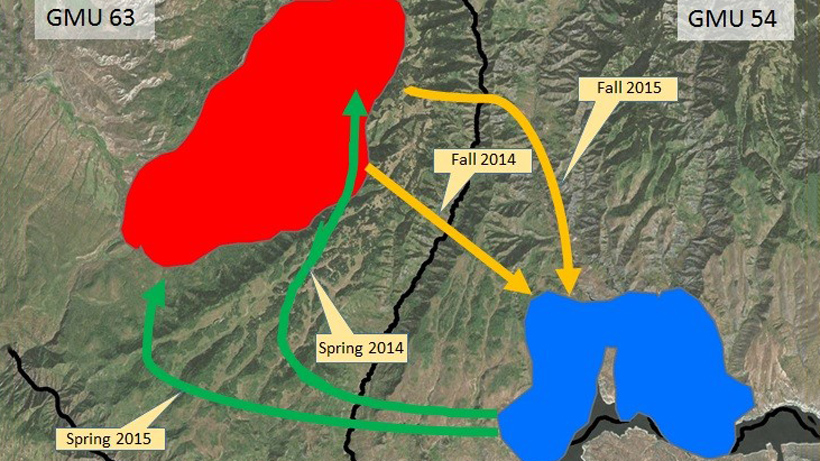 The Gunnison Basin is home to approximately 15,000 elk, making it the perfect place for scientists to track elk movement and habitat use. The project, which is a collaboration between Colorado Parks and Wildlife, the U.S. Forest Service, the Bureau of Land Management, the Rocky Mountain Elk Foundation and SCI Foundation, uses GPS data to create habitat utilization maps. These maps will chart elk movement and habitat usages throughout the Gunnison Basin, all five GMUs and the area outside of the Gunnison Basin in an effort to plan management strategies, evaluate elk habitat and identify migration corridors.

As goHUNT previously reported, researchers hope to determine “elk occupancy patterns” to create more accurate harvest management strategies. This way, GMU harvest quotas complement one another rather than having an elk herd harvest in one GMU negatively impact herds in a neighboring GMU. It will also help researchers identify summer and winter ranges within GMUs so that elk herds can be managed effectively for habitat sustainability. 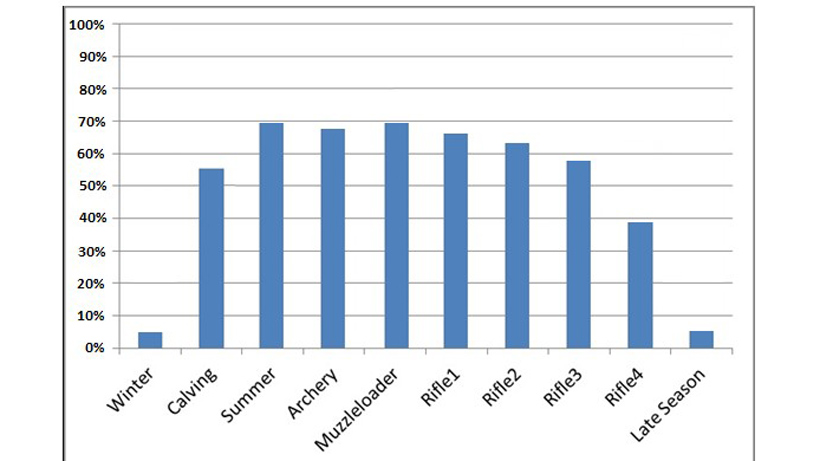 Percentage of elk captured in GMU 54 during the winter that were outside GMU 54 during specific hunting seasons. Source: Sci Foundation

According to SCI Foundation, these initial pattern movements—including “previously unknown mid-winter migration behavior” after deep snow blanketed Gunnison Basin—are already being utilized by state and federal managers “to plan differently in terms of long-term elk conservation.” Researchers plan to capture and collar 35 more cow elk over the 2019 winter, resulting in a total of 200 elk collared and monitored for the Gunnison Basin mapping study. While the emphasis is on habitat and migration data, SCI Foundation points out an additional benefit to the collaring efforts: the ability to monitor pregnancy rates, cow survival rates and, eventually, fawn mortality to determine how healthy elk herds are and estimate overall population. 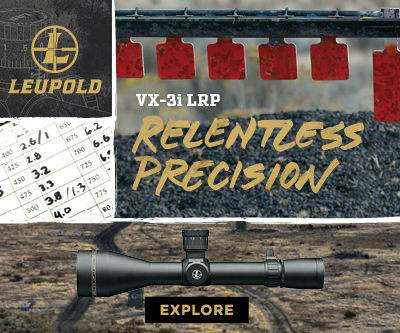