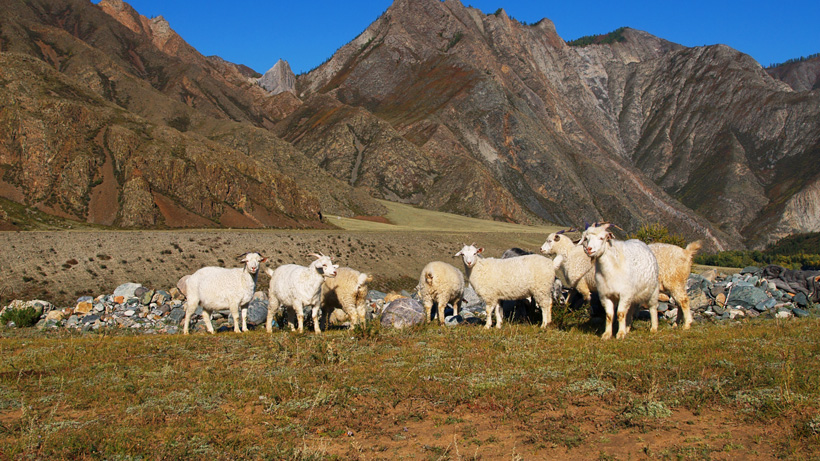 Wildlife groups have united in their fight against domestic sheep grazing on public lands in the Gravelly Range. The Gallatin Wildlife Association (GWA) and Yellowstone Buffalo Foundation (YBF) are appealing a 2016 court decision that did not require the U.S. Forest Service to block grazing on federal lands. The injunction is scheduled for March 7 in Butte, Montana.

As goHUNT previously reported, in 2015, both groups sued the Forest Service over the issue. The judge agreed that the Forest Service didn’t gather enough scientific information to determine the impact of domestic sheep grazing in the Gravelly Mountains on bighorn sheep. However, while the 2016 ruling found the court siding with both groups, it was only on “two of the three issues raised in the suit” and “stopped short of blocking grazing on federal lands,” the Bozeman Daily Chronicle reports.

Bighorn sheep have been impacted by bacterial pneumonia, which is linked to contact with domestic sheep. Massive die-offs within bighorn sheep herds have resulted in states taking action and limiting contact between wild bighorn sheep and domestic sheep. Additionally, GWA and YBF say that by allowing grazing to continue in the Gravelly Range, “it threatens a small population [of bighorn sheep] that lives primarily in the Greenhorn Mountains, on the northwestern side of the range,” according to the Bozeman Daily Chronicle.

GWA President Glenn Hockett says that the group is reaching out to sheep producers who use the land for gazing, and says, “We need to start talking to these permittees about finding a new place to graze domestic sheep.”

The 2016 ruling required the Forest Service to complete an environmental and scientific analysis on grazing management within the Gravelly Range. Jane Bowey of the Forest Service told the Bozeman Daily Chronicle that “part of that work is complete” and “a final decision on whether the analysis should result in any management changes is expected next fall.”

More than anything though this reeks of what is known in wildlife management circles as a sweetheart deal. Where a group of people with a real or imagined wildlife concern sue the federal government to stop a legal action on the behalf of the trees or in the case sheep.

The only one that wins is the lawyers of the group of idiots that submitted the lawsuit. It does nothing for wildlife management, and generally detracts from the same Pittman Robertson money sportsmen raise through license, firearm and fishing tackle sales.

Some takeaways from a wildlife biologist (me). Wild sheep were hunted to near extinction during the expansion of the west. Domestic sheep have been grazing in these areas since the mid 1800's.

Wild Sheep and other wildlife organizations have not used sound thinking beyond "putting more sheep on the mountain" to eliminate the disease threats that domestic livestock have on North American wild sheep. Many diseases lay dormant in the soil and plants of an area for years. In the cases of prion diseases they are a threat even 50 plus years later. It is foolhardy to plant an animal that so susceptible to disease in area where domestic livestock have grazed in modern times.

Mt goats on the other hand are fairly bomb proof by comparison.

Additionally many of these livestock leases in the west were established in the early 1900s, and have been ongoing to ranches for over a hundred years.

However this ends, we have the federal government telling small businessmen to give up their business and in the case of many ranchers their livelihood. Not good!