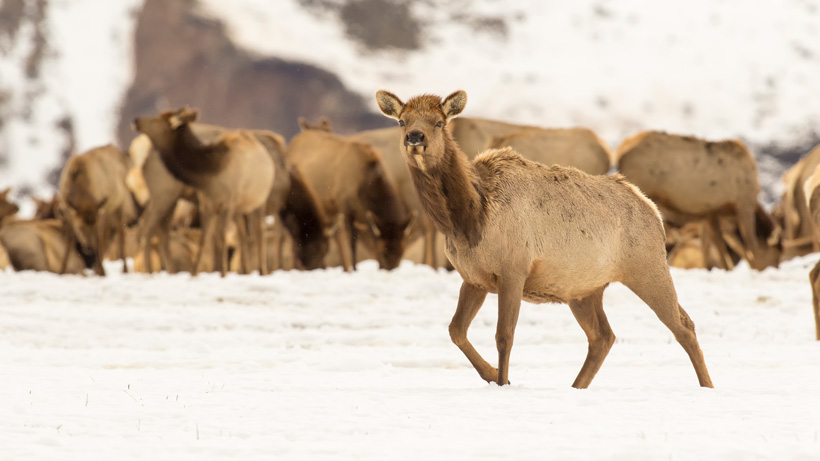 A recent lawsuit calls on the government to end supplemental feeding at the National Elk Refuge in Jackson Hole, Wyoming. The current program calls for the availability of alfalfa pellets during harsh winters to help elk survive when natural forage isn’t available. While the timing of the supplemental feeding varies due to weather conditions and a recent U.S. Fish and Wildlife Service plan released on Dec. 31 states the agency will “delay feeding each winter so that elk could gradually become accustomed to surviving without human help,” the lawsuit alleges that the government “should act sooner to curtail the practice,” the Associated Press reports.

The Dec. 31 plan was a result of a different lawsuit filed last March by the Sierra Club, National Wildlife Refuge Association and Defenders of Wildlife, which said that “the feeding could encourage the spread of chronic wasting disease” (CWD) because of the unnatural concentration of elk in one spot. While the supplemental feeding program does help keep elk numbers healthy throughout severe winters, the concern that it could also promote the spread of CWD and other diseases like mad cow disease isn’t new. And, although the plan is now in place, the same groups say that it didn’t take effect for “at least two years,” resulting in the new lawsuit.

“The bottom line is, we're not going to sit by and let chronic wasting disease become the new normal in Jackson Hole on the National Elk Refuge,” said Tim Preso of Earthjustice, who is serving as an attorney for the groups.

As goHUNT has previously reported, CWD is impacting herds across the nation with many state wildlife agencies creating special action plans to keep the disease from spreading further. These include special management areas, hunts and mandatory testing.

According to the Associated Press, FWS did not return a phone message seeking comment about the recent lawsuit.