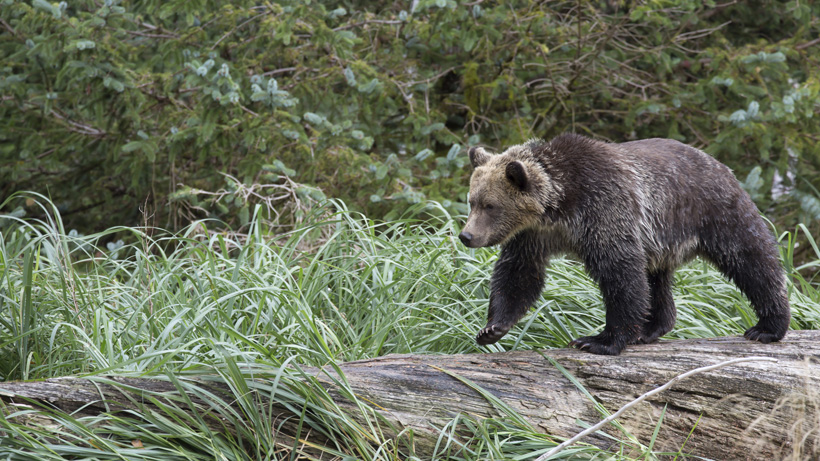 An environmental group is suing the federal government, arguing that the grizzly recovery plan is outdated. On June 27, the Center for Biological Diversity (the “Center”) filed the lawsuit in the U.S. District Court in Missoula, MT, which would require deadlines “to update the plan,” evaluate “the need to pursue recovery in areas with suitable habitat” and require “an updated grizzly status review,” the Capital Press reports. The Center says that the 110,000 square miles of “potential habitat” in the Lower 48 would allow the grizzly population to grow exponentially, tripling from 2,000 to 6,000.

“Grizzlies now live in just a small fraction of the lands they once roamed, but there’s great habitat in the West where these magnificent animals could once again survive,” said Collette Adkins, the Center’s carnivore conservation director, in a news release.

“The recovery plan for grizzly bears is more than 25 years old, doesn’t reflect current science and is unambitious,” said Adkins.

According to the Center’s press release, prior to the Trump presidency, the U.S. Fish and Wildlife Service “acknowledged the need for a new recovery plan” because the old plan, which was created in 1993, “no longer reflected best available science and needed to be updated to consider additional recovery areas.” The Center says that rather than help grizzly bears, the Trump administration is majorly hindering any efforts. According to the Capital Press, the Center believes that potential grizzly bear habitat is located in the Selway-Bitteroot in Idaho and Montana, the North Cascades of Washington, Utah’s Uinta Mountains, California’s Sierra Nevada and the Grand Canyon in Arizona. Additional habitat could be found in southern Washington, Oregon, Nevada, Colorado, California, New Mexico, Arizona and Utah, but still needs to “be evaluated.”

“We’re hoping this lawsuit will push the agency to finally follow the law and do more for grizzly bears,” said Adkins. “The bears have made progress in and around Yellowstone and Glacier national parks, but we need a plan for their recovery in more places.”

If these grizzly loving groups want them so bad, why shouldn't they also be responsible for the damage (loss in property and life) that the bears create if this were to go through? Only makes sense right? Some of these "historical" grizzly areas are way more populated with humans now than back then and would cause human predator complications (example wolves). There are already 2000+ grizzlies out there with issues in human contact increasing. Their proposal solves nothing.

Every one of these cases ends up in Missoula and heard by Judge Malloy who, without exception, rules against real management and conservation. The groups the keep putting these cases before him are never gonna go away. What can we do about the judge?

6000 grizzly bears--exactly what this world needs. With all the wealthy people building homes on the benches of every mountain range in the west and state and local governments blazing trails into roads to get folks there, yep, 6000 killing machines are all that is needed.
Amazing! The most irresponsible thing ever espoused. And the judge will rule in favor of these people. Watch and see. This will effectually kill any pursuit to hunt grizzly bears, period.

Here is just some food for thought. In areas throughout the world where Grizzly bears are hunted, they have grown to know humans present a danger to them. In the lower 48 where there is no hunting, humans present zero danger to them. The number of grizzly bear attacks in the Yellowstone and surrounding areas continue to increase year after year. The increasing conflict with humans stirs the pot with hunters. Each and every year the Grizzly population continues to grow not only in numbers but also the area they inhabit. It doesn’t take a scientist to figure out when you are at the top of the food chain with zero predators to worry about. Grizzlies will be in places they shouldn’t be, doing things they shouldn’t be doing, because they have no fear. In a strange way, by allowing the Grizzly to be hunted it will teach them the fear factor humans present to them. Check and balance! Both Grizzly and humans will do better establishing a fear factor and a respect factor in places Grizzlies are now and places they will soon be. We can no longer sit on the sidelines watching the Grizzly population explode. They need to be managed. Hunting will only increase the Grizzlies success to return to areas they have not been in for decades.

I would agree with Dustin. Just because these places are deemed as "suitable habitat" does not mean that we need to reestablish populations there. The population densities and human conflicts in these suitable habitats would inevitably lead to serious problems. California's population is 37 times greater than that of Montana's with only 11% more area. However, I am all for releasing bears in the northern coastal ranges of Marin county, the southern coastal ranges of San Francisco county and definitely the transverse and peninsular ranges in and around southern California. Some of the last grizzlies in CA came from those regions. Those are definitely the most suitable habitats (despite human population densities) and should be looked at as sanctuary regions in this "sanctuary state." Plus the people pushing these agendas come from these areas, so the first releases should be in their backyards :)

Former "range" arguments are not satisfactory prerequisites for "re-introduction". Current human habitat use and priorities should inform where and to what extent a species is transplanted by human intervention. These type of biased groups need to temper their zealous attempt to coerce their unreasonable preferences upon the scientifically-balanced recovery and management plan.