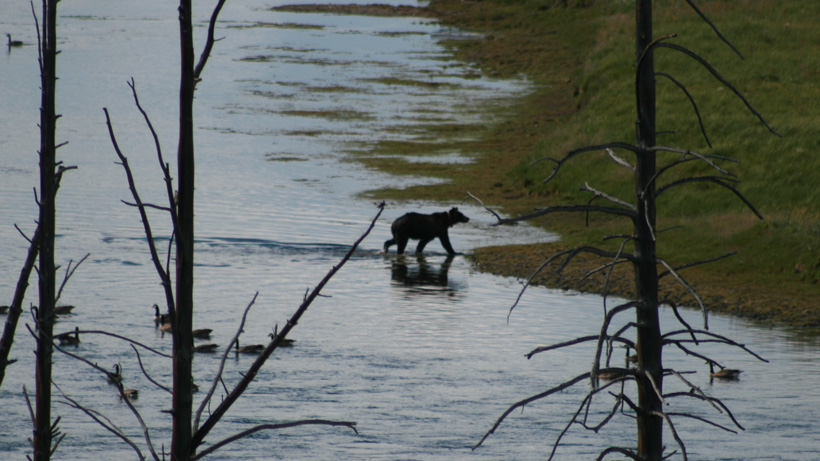 On Monday, March 25, Senator Cynthia Lummis of Wyoming introduced the Grizzly Bear State Management Act of 2021. This act would “...direct the Secretary of the Interior to reissue a final rule relating to removing the Greater Yellowstone Ecosystem population of grizzly bears from the Federal list of endangered and threatened wildlife, and for other purposes.” Ursus arctos horribilis is estimated to have populated the North American continent for almost 50,000 years with the steady decline of their population resulting after European westward expansion in the 18-1900s. The National Parks Service states that "Grizzly bears were federally listed in the lower 48 states as a threatened species in 1975 due to unsustainable levels of human-caused mortality, habitat loss, and significant habitat alteration.”

This introduction of legislation appears in the shadow of the 2020 repeal of delisting the grizzly bear from the ESA. The 2020 decision was given by San Francisco-based Federal Judge “Mary M. Schroeder echoed the Federal District Court’s ruling. Delisting the grizzly bears failed to consider the long-term genetic effects on other grizzly bear populations across the country, she wrote. The court also ordered the Fish and Wildlife Service to “conduct a ‘comprehensive review’ of the remnant grizzly population” reports The New York Times. Meanwhile, the ESA already requires that threatened or endangered species have population reports conducted regularly to regulate the necessity for listing or delisting.

Delisting is supported by Senators John Barrasso of Wyoming, Senator Mike Crapo and James Risch of Idaho, and Senator Steve Daines of Montana the concern is focused around the greater Yellowstone population. Senator Lummis goes on to state that “By all scientific measures, the grizzly bears of the Greater Yellowstone Ecosystem are fully recovered. Reproductive numbers are stable and the population is at or near its max capacity for the habitat. It’s time to remove the grizzlies in this area from the Endangered Species List and allow wildlife scientists in Wyoming, Montana, and Idaho to manage the populations according to science.”

This is yet another opportunity for hunters, anglers, outdoorsmen and women, and true conservationists to uphold the values of science-based wildlife management. We cannot allow emotionally-driven arguments to cloud the judgment of what is best for the future of wildlife. I urge each and every one of you to reach out to your state senator and respectfully request that they voice the support of the Grizzly Bear State Management Act of 2021.