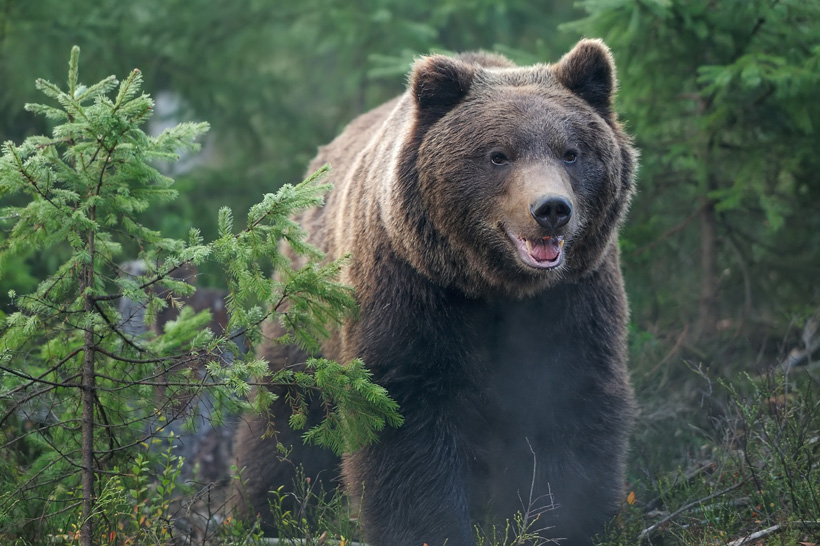 Montana has one less grizzly bear after the U.S. Department of Agriculture’s Wildlife Services (USDAWS) killed the bear from a helicopter on Tuesday. The bear, which was shot near Valier, was guilty of frequently killing sheep from area ranches. The decision to remove the bear was made through careful deliberations between Montana Fish, Wildlife and Parks (MFWP), the U.S. Fish and Wildlife Service and USDAWS.

With regard to the livestock depredation, “It’s pretty much been nonstop,” says Mike Madel, who is a MFWP grizzly bear management specialist. Grizzlies have expanded their reach this spring, with some traveling to the plains east of the Rocky Mountains. This particular bear had previously been relocated to the North Fork of the Flathead River only to make its way back to the Montana plains, traveling a total of 260 miles, according to the Great Falls Tribune.

Madel says that this female grizzly bear was removed because she repeatedly killed sheep at the same ranch and was lingering around other ranches and farms located along low-land river bottoms. She already had two strikes against her, which is why Madel says they decided to move forward with getting rid of her before other potential conflicts could occur.

Check out the video report from MFWP here.

“It’s hard to manage the population when you have individual bears like this adult female that repeatedly killed livestock and also are spending a lot of time on creek bottoms where people live,” says Madel. MFWP takes grizzly bear movement and management seriously. Officials have also recently relocated another problem bear: this time, a 282-pound male guilty of calf depredation.

With grizzlies on the move now that spring is here, officials recommend that livestock ranches and farms put up electric fence and take other precautions to keep bear interactions at bay. If you run across a problem bear, contact authorities. Do not attempt to manage the bear on your own.