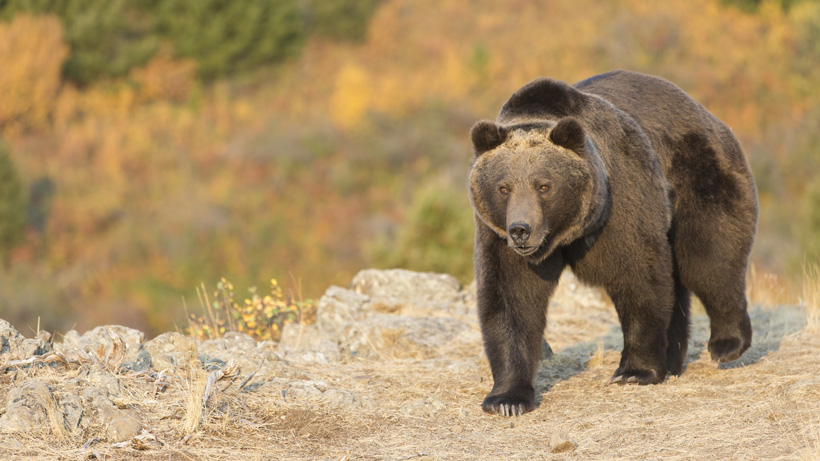 In an effort to streamline grizzly bear management and decrease delays in conflict responses, the U.S. Department of the Interior announced that it would take on a more “active role” in managing bears on the Rocky Mountain Front. The move comes as a way to decrease frustrations of “those who have to live with bears,” KPAX News reports.

The new role was communicated by letter to Montana’s Republican congressmen from Interior Sec. David Bernhardt on March 6.

“Under my new direction, (the U.S. Fish and Wildlife Service) will play a more conclusive role when deciding how to handle problem bears and will enter into a contract with the Department of Agriculture’s Wildlife Services to help implement those decisions,” wrote Bernhardt.

The decision is a result of several meetings between the U.S. Fish and Wildlife Service (FWS), tribal wildlife agencies and state wildlife agencies from Montana, Wyoming and Idaho. The agencies met on Nov. 26 “to rehash grizzly bear management in the Greater Yellowstone and Northern Continental Divide ecosystems” and other meetings followed, which “prompted Bernhard to take a more top-down approach,” according to KPAX News.

Montana Fish, Wildlife & Parks (Montana FWP) spokesman Greg Lemon said that the new directive will give the state “an additional $250,000” that will allow them to hire two more employees “to deal with livestock depredation along the Northern Rocky Mountain Front.” FWS says it’s not a shortage of tools, but of actual manpower, which creates a slow response rate when it comes to grizzly bear conflicts.

“Across bear country where we have depredation events, we rely on (Wildlife Services). Their role is to assess the cause of the depredation, and we often work together on how to address it. So in our mind, building more capacity with Wildlife Services is a definite positive,” Lemon said. “I don’t know how they’re going to spend that money or what it’s going to look like on the ground. But we don’t have any concern about being able to make it work for the benefit of the producers who are out there dealing with grizzly bear conflict.”

While depredation is definitely an issue, officers do not always lethally remove the problem bears. Instead, Montana FWP works with FWS to determine the best strategy.

“A lot of things go into that decision: the history of the bear, the egregiousness of the depredation, the sex of the bear. It’s hard to say ‘do the same thing with every bear.’ But typically, the decisions tend to happen quickly and the flexibility under the rules is there,” Lemon said.

Hazing is already a method used by Montana FWP and, in Bernhardt’s letter, he said that FWS “would reissue guidance on what the public could do to haze grizzly bears, including using paintballs, noise-making projectiles and visual deterrents.” Further, Bernhardt urged Montana FWP to repurpose Pittman-Robertson funds into grizzly bear management, but this would result in a decrease in funds that go towards Montana wildlife and law enforcement.

Grizzly bears remain listed as threatened despite several attempts to delist them.