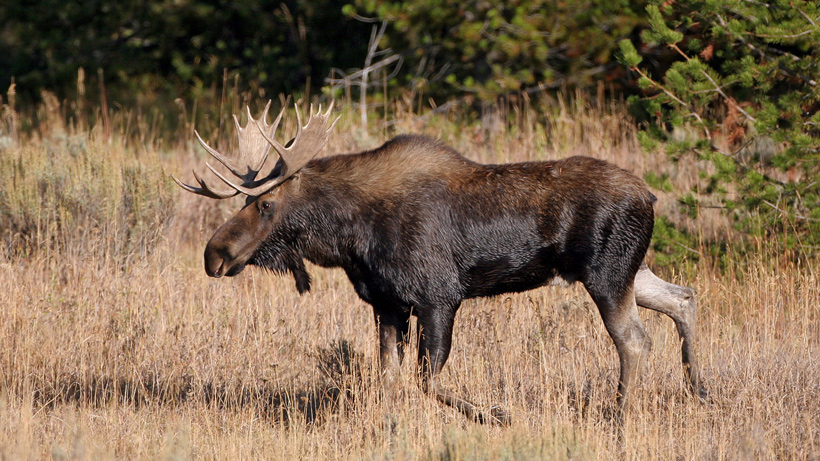 With the partial federal shutdown rounding out its third week, federally-funded programs and studies are on pause. One is the annual Isle Royale wolf and moose count, which is based out of Michigan Technological University and the longest-running predator-prey study. Isle Royale, an island in Lake Superior 56 miles from Michigan’s Upper Peninsula, is home to nearly 1,500 moose and only a handful of wolves—two of which were just recently relocated from Minnesota to help manage the overabundant moose population.

Now, according to the Wolves and Moose of Isle Royale Facebook page, the annual count is stopped in its tracks. A recent post to the page stated the following: “It is our present understanding that the 61st Winter Study of Wolves and Moose in Isle Royale National Park will not be allowed during the partial shutdown of the Federal government,” MLive.com reports.

As goHUNT previously reported, Isle Royale’s ecosystem is out of balance as wolves have helped keep moose numbers in check. An adult moose can eat 60 lbs of plants per day, which can drastically alter the island’s ecology. While wolves have historically kept moose populations sustainable, recent years have found it difficult for wolves to cross over to the island via ice and, as a result, only two inbred wolves remained on the island. The recent Minnesota relocation was only the first step in wolf recovery efforts on Isle Royale.

Researchers had planned to use the winter survey, which is normally done by plane, to gather more information on the wolves, according MLive.com. Now, like other federally-funded programs, whether it will happen depends on how long the shutdown continues.

Isle Royale is only 20 miles from Minnesota. There are ferries that run back and forth and there are primitive camping sites and hiking trails on the Island. I have myself always wondered why they do not allow a hunt. Maybe because it is a National Park.

Bendrix and Josh I agree with you that it's completely doable and I would be in favor of a hunting season. I just think that using hunting as the sole tool to moose population control on the Isle is not the most effective management plan. Then again I'm not a biologist. The Isle is a fantastic place to visit however and if you have never been there it is well worth the trip. Josh there is a float plane service to get to and from the Isle, so that could be an option. Great conversation guys. I wish the comment period was still open on the issue, unfortunately that closed in March.

I was also wondering why they down use hunting as a population control method. Keep the herd numbers in check and raise money. People go through a lot more effort than a 55 mile boat ride to hunt moose in Alaska ever year. Admittedly, I don't know anything about this area, but are float planes an option?

With the right boat a 55 mile ride is fine. Lots of private sport fishermen fish deep water offshore and come back alive, every day. Anything can be packed out a piece at a time. Not much different from shooting 6 large whitetails... Go in with help and expect to work and share the harvest.

Steven P. While the idea of a Moose hunt on the Isle by Native tribes or open to the public sounds like a good idea it would likely not work for a couple of reasons. First, it is a 55 mile boat ride from the mainland of Michigan to the Isle. As these hunts would likely take place in Oct. or Nov. lake Superior is not known for its calm waters that time of year. Second, the Isle is 45 miles long and 10 miles wide. While I myself have never packed a moose everyone I have ever heard talk about it says don't even think about shooting one more than a mile from camp. That leaves a whole lot of island that would likely never see any hunting pressure.

While I am all in favor of seeing a hunt there, I just don't think it's a more effective tool than keeping wolfs as a major part of the system.

instead of using wolves to help lower moose population why not have Native Americans harvest the surplus of moose ?