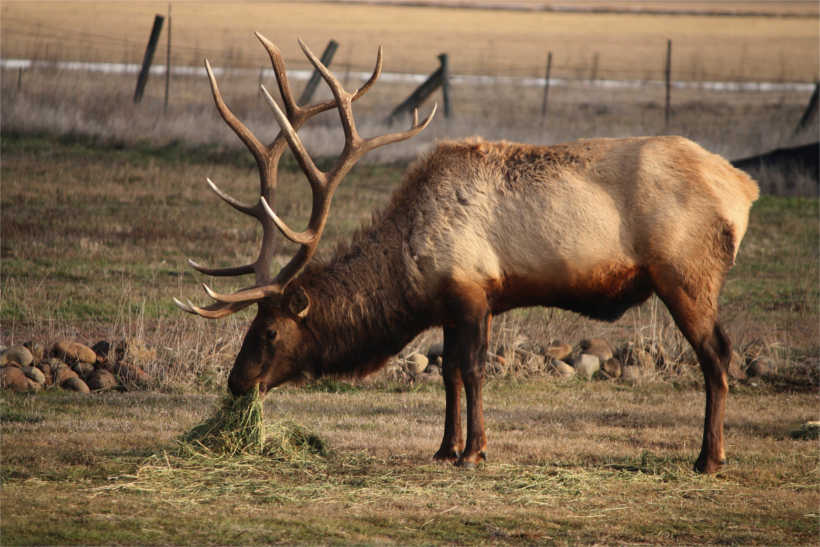 Was it a case of fair chase or poaching? Bullwinkle, a beloved elk that frequented corn fields and often posed for photos, was shot last December by a Lewis County, Washington hunter that authorities say killed the elk illegally.

“This was murder, plain and simple,” says Leon Mankowski, a resident who often saw Bullwinkle and his friends in his backyard. Mankowski says that Tod Reichert, who made the kill, shot the elk at only 50’ to 60’ away, alluding not only to the lack of fair chase, but to the question of ethical hunting in general. Also, according to a report from the state’s Fish & Wildlife, an owner of the hayfield had given permission for the hunt to take place, but Reichert shot the bull in an area not open to “branched antler bull elk” hunting.

While Bullwinkle and the other four bulls are technically considered wild elk, the Washington Department of Fish and Wildlife say “they also had habituated to valley life,” and were most comfortable around the farm fields and fruit trees where the community not only tolerated them, but enjoyed their presence, according to the Seattle Times.

Reichert, who has previously faced hunting-related criminal charges, has been charged with unlawful hunting of big game in the second degree, according to the court document. At an auction, Reichert bought 313 of the 2,746 raffle tickets (11 percent of the total raffle tickets) going for $6 each for an elk permit. He won the tag and used that raffle permit to take the bull in question. The Kittitas County Prosecuting Attorney’s Office had offered a stay of proceedings if Reichert paid a $12,000 civil penalty, forfeited hunting rights for 12 months and performed 24 hours of community service. He has pleaded not guilty. Stay tuned to goHUNT for further updates.