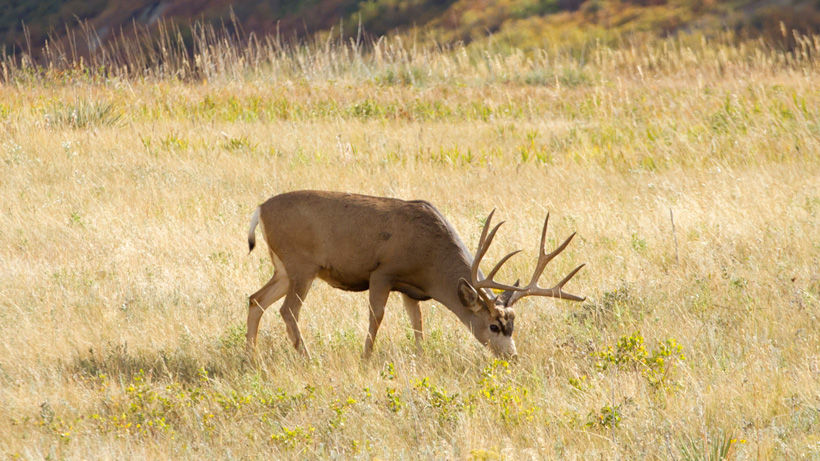 A Nebraska man was sentenced last week for violating the Lacey Act, which bans the trafficking of wildlife, fish and/or native plants. Logan Spanel violated the Act during his employment with Hidden Hills Outfitters (HHO), “a commercial big game guiding and outfitting business” near Broken Bow, between November 2016 and 2017 when he “guided and assisted HHO clients” in a variety of “unlawful hunting activities,” NTV ABC News reports.

During the investigation, it was discovered that Spanel had taken HHO clients out to hunt mule deer without valid permits on property he did not have permission to hunt on with “prohibited weapons.” Further, according to NTV ABC News, he illegally killed a 195” mule deer buck without a permit in December 2016 using a .17 caliber rifle, which is not allowed during muzzleloader season. Spanel then transported the mule deer using another HHO guide to a taxidermist near Palisade, Colorado.

Additionally, after a “repeat HHO hunting client” injured a 190” mule deer with an arrow, Spanel, an HHO owner and the client went searching for the buck named “Inline,” resulting in Spanel trespassing onto adjacent property and shooting the deer with a suppressed rifle. He then transported the mule deer unlawfully to the client’s Missouri taxidermist.

According to NTV ABC News, Spanel admitted to two misdemeanor counts of “the illegal taking of wildlife in interstate commerce” and was sentenced to five years of probation for both counts. During that time, he is not permitted to hunt, trap or assist or be present with anyone participating in those activities. He was required to forfeit a custom 300 caliber bolt-action rifle with a Sig Sauer tactical scope and SilencerCo suppressor and pay a $7,500 fine.

It's also worth noting that there have been other prosecutions of numerous defendants related to violations committed by owners, guides and clients of Hidden Hills Outfitters. At this time, 27 defendants have pleaded guilty and have been sentenced and ordered to pay a total of $248,048 in fines and restitution for violations for numerous violations (baiting, taking animals with weapons prohibited during respective seasons, taking animals during closed hours, from the road, without a valid permit and taking mule deer in a conservation area).

Were the punishments enough?