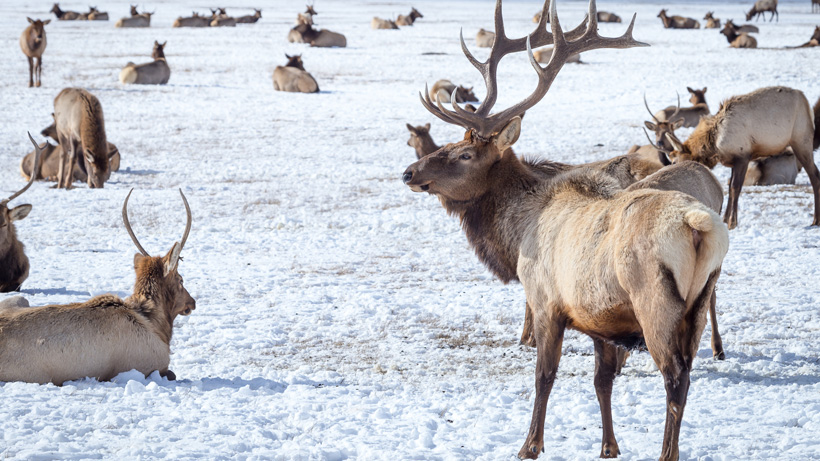 After an elk herd caused a Nebraska rancher more than $100,000 in crop damage, the Nebraska Game and Parks Commission (NGPC) has decided to give the Morrill County rancher permission to “kill up to 50 of the animals,” according to the Omaha World-Herald. The decision has angered many because elk permits are rare in the Cornhusker State since the state only approved 7% of the elk permits this year, leaving 5,000 hopeful hunters empty-handed.

The special depredation permit is a result of pressure from State Senator Steve Erdman, who requested the unique arrangement on behalf of the landowner. However, according to one hunter, allowing one person a permit to kill 50 elk is “extreme.” That hunter told the Omaha World-Herald: “As a concerned sportsman and outdoorsman, this decision hits an all-time frustration with how our wildlife in the state is being managed by the Game and Parks Commission.”

In fact, with only five cows and three bulls harvested during the special permit state elk hunt, the decision to allow the rancher to kill 50 elk using “shooters” approved by NGPC has created a troubling situation where Sen. Erdman says he has been made a “scapegoat” and rancher Butch Schuler won’t answer his phone.

“He is not interested in giving any comments,’’ said his wife, Susan.

Yet, Schuler did bring his issue to light during a September public hearing of the state Legislature’s Natural Resources Committee as “part of an interim study introduced by State Sen. Dan Hughes of Venango” regarding LR 142, which was created “to take an in-depth look at the Nebraska Game and Parks Commission, especially how it is handling big game wildlife management,” according to the Omaha World-Herald. During that hearing, Schuler provided drone footage that showed “extensive crop damage” to his corn crop by roughly 100 elk and said it cost him more than $100,000.

What makes this situation different is that, in Nebraska, depredation permits are common, but usually apply to deer.

“We issued the 50 this time because we got a demand from a senator that we needed to respond immediately to really severe damage occurring,’’ said Jim Douglas, NGPC director. “We did not want anyone to believe that we weren’t responding in the right proportion to the situation. We also know it was highly unlikely that anything approaching that number would actually be killed. Which has proven to be the case.’’

Regardless, NGPC’s decision has caused major tension in Morrill County. At least families in the area will benefit from the special permit since meat from the animals will be donated to them.