FWS sued over possible killing of grizzly bears near Yellowstone 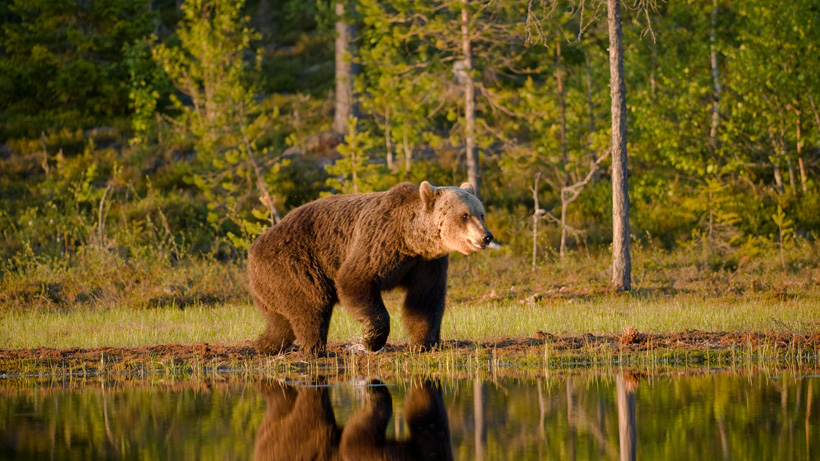 The U.S. Fish and Wildlife Service (FWS) is under fire again for a plan that would allow them to kill 72 grizzly bears near Yellowstone National Park to limit livestock depredation. This week, the Center for Biological Diversity (CBD) and the Sierra Club sued FWS in an effort to halt a federally-approved grazing program “in the Bridger-Teton National Forest” that “violates the Endangered Species Act,” The Missoula Current reports.

“It’s outrageous that the feds are caving to the livestock industry by allowing dozens of grizzly bears to be killed in their crucial habitats on public lands,” said Andrea Santarsiere, an attorney with CBD. “Yellowstone’s grizzly bears are a national treasure that should be protected, not slaughtered.”

The lawsuit alleges that the area known as the Upper Green River Area Rangeland Project, which is 170,000 acres, is “natural habitat for grizzly bears and other threatened species,” according to The Missoula Current. It includes the headwaters of the Green and Gros Ventre rivers and one particular grazing allotment is only 30 miles from Grand Teton National Park.

While grazing was approved in 2019, it was only after FWS consulted with the U.S. Forest Service to determine if federal grazing would impact the grizzly bear population. According to The Missoula Current, FWS’s plan doesn’t outline killing bears inside of Yellowstone. Instead, it permits lethal removal if the bears “wander into an area where bear-livestock conflicts could transpire.” By establishing the grazing area near prime grizzly bear habitat, FWS determined that while the likelihood of more grizzly bear deaths was inevitable to keep livestock depredation down, “conservation measures would be enough to keep deaths to a manageable level” and that “the deaths of 72 grizzly bears over the 10-year period of the grazing program” would not detrimentally impact the population of grizzly bears in the greater Yellowstone area.

“Grazing is an appropriate use of the national forest and is important to the community economically and socially,” said Rob Hoelscher, district ranger for the Bridger Teton National Forest.

However, Bonnie Rice of the Sierra Club does not agree and says that livestock managers should be required to reduce bear-livestock conflicts through a variety of methods like “range riders, guard dogs and close herding of cattle.”

“There are proven, effective ways to prevent conflicts between bears and livestock to keep both safe,” said Rice. “Allowing another 72 grizzlies to be killed without first requiring conflict prevention practices by livestock producers is unconscionable.”