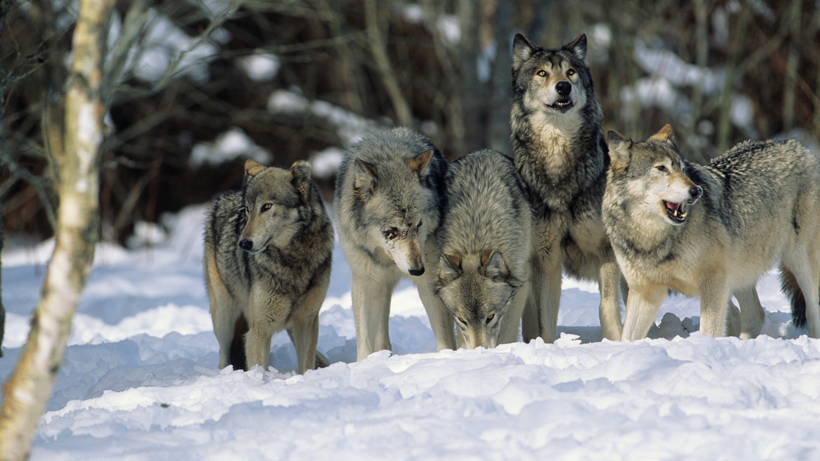 Is the push to reintroduce wolves in Colorado a good idea? Former state wildlife commissioner Rick Enstrom says definitely not. Enstrom, who served as Colorado State Wildlife Commissioner from 2000 to 2008 and chairman for three years, is considered “an expert on wolves in Colorado.” He went on the record with Complete Colorado last week, warning against the reintroduction measure—and not only because of the risk of increased predation on livestock, big game and pets.

There’s also the financial side to consider. As the current initiative is worded, if passed, it would require wolf management and predation compensation paid via the Colorado Parks and Wildlife (CPW) wildlife cash fund “to the extent that they are available,” according to Complete Colorado. That fund pays for all of CPW’s wildlife operations. Hunting and fishing license sales are the primary source of those funds and, according to Enstrom, “it’s always over-budgeted.” Further, based upon the state’s fiscal impact statement, the wolf reintroduction program would cost about $800,000 just to get it going.

“There are two issues,” said Enstrom. “One is the effect on the people in the pickup trucks doing the Lord’s work for the Forest Service and Colorado Parks and Wildlife, who are in short supply on both sides. The other big problem is that the funding structure is predicated on the sale of big game licenses.”

“That’s the money we [use to] manage everything, from greenback trout to Prebles meadow jumping mice to stocking trout, to the establishment of state wildlife areas and their management,” continued Enstrom. “Any time you do anything to a budget they just start taking it out of other budgets because there is no extra money.”

Coupled with the financial burden is the fact that CPW staff would also need to shoulder additional responsibilities associated with the reintroduction program that could take away from regular duties.

And, according to Enstrom, the state’s deer and elk populations don’t deserve the hit that happen if wolves are back in the state.

“Sixty-four of the wildlife districts have numbers of deer and elk that are under the amount that the habitat can properly support,” Enstrom said. “We don’t have a healthy elk population. We’re in an ebb right now.”

As goHUNT previously reported, the Rocky Mountain Wolf Action Fund has collected enough valid signatures to place an initiative to reintroduce wolves to the Centennial State on the 2020 ballot. According to Complete Colorado, a total of 211,093 petition signatures were submitted in December and, while signature verification is still ongoing, only 124,632 valid signatures are required to force the initiative on the ballot.