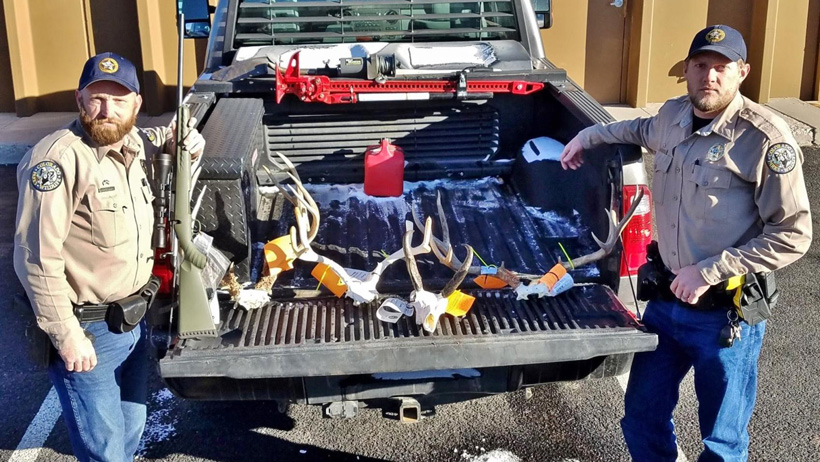 Three mule deer and six antelope were illegally killed by two Florida men, who recently pleaded guilty to poaching the animals. Acting on an anonymous tip, Colorado Parks and Wildlife (CPW) officials found enough evidence to charge Timothy Draper and Lawrence Cowart, both of Bunnell, Florida, with poaching. The animals were illegally killed in Elbert and Lincoln counties in Colorado, The Gazette reports.

Draper’s truck was seized by CPW from the Colorado Springs Airport parking lot in March. When examined, DNA evidence was found, linking him to the wildlife crimes. According to The Gazette, Draper pleaded guilty in October to the illegal possession of three or more big game animals and surrendered his weapons and other equipment used to kill the animals to authorities.

Cowart was arrested about the same time after officers found “evidence of poaching in his Limon apartment,” according to The Gazette.

“As the agency responsible for perpetuating the wildlife resources of the state, Colorado Parks and Wildlife will not tolerate poaching,” Frank McGee, CPW’s Area Wildlife Manager for the Pikes Peak region, told The Gazette. “These men are not hunters by any definition. In the eyes of CPW, and the law, they are criminals who were engaged in illegal killing of wildlife.”

McGee anticipates more arrests and citations for both as the investigation continues.