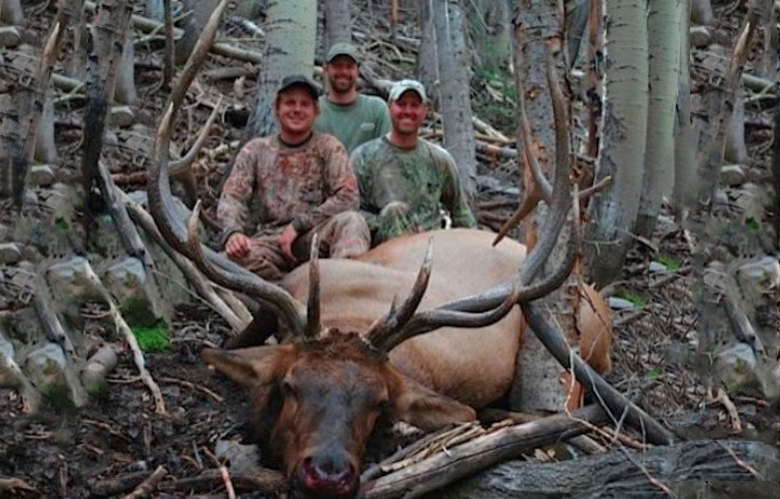 This 380-inch bull was poached by John Peterson (middle ) in 2011 after he shot and abandoned a smaller bull. Photo credit: Utah Division of Wildlife Resources

Poaching does not pay and five men from San Juan County, Utah can vouch for this firsthand. Following a yearlong investigation, the Utah Division of Wildlife Resources (DWR) have charged and fined five men in connection with two poaching cases involving a trophy mule deer and two trophy bull elk.

During the 2014 investigation, DWR officers were able to trace the illegal killing of a 35” trophy mule deer in San Juan County back to resident Timothy Riffey’s permit and discovered that Riffey had obtained the Elk Ridge limited entry deer permits from 2010 to 2012 – permits that are in high demand. DWR believes that Derren Klein and John Peterson somehow obtained the permits for Riffey. 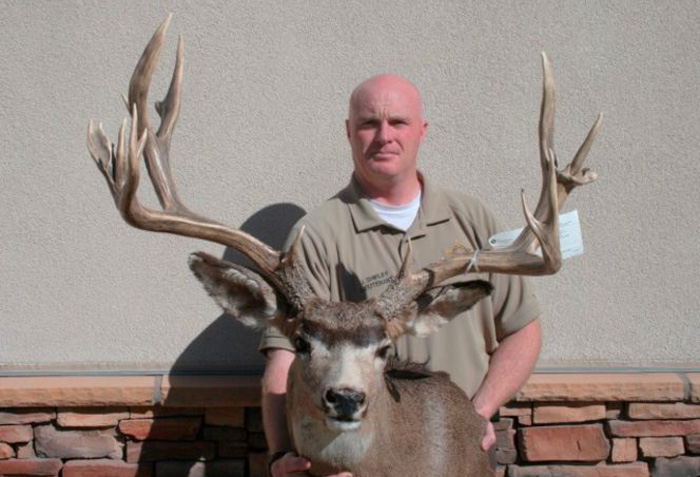 Riffey’s permit allowed a special season extension for disabled persons and he admitted to investigators that he does not own firearms nor hunted big game in Utah prior to 2010, adding that he was only “present during the hunts in case they were checked by wildlife officers,” according to KSL.com.

Klein, Riffey and John and James Peterson were all charged with wanton destruction of wildlife, which is a third-degree felony. Riffey was also charged with obstruction of justice with regard to the deer poaching case.

During the deer poaching investigation, DWR officers uncovered an additional elk poaching case that involved three of the men and took place in September 2011. John Peterson shot and killed a 6x7 trophy bull elk on Elk Ridge, but “abandoned it because the antlers were not large enough,” said DWR. Peterson then went on to kill a 380” trophy bull on the Abajo Mountains. Peterson, Mason Latham and Klein were also charged with wanton destruction of protected wildlife in connection with the elk poaching case.

According to DWR, all of the men involved will most likely lose hunting privileges for 10 to 20 years and face fines and restitution for both cases totaling $20,500.