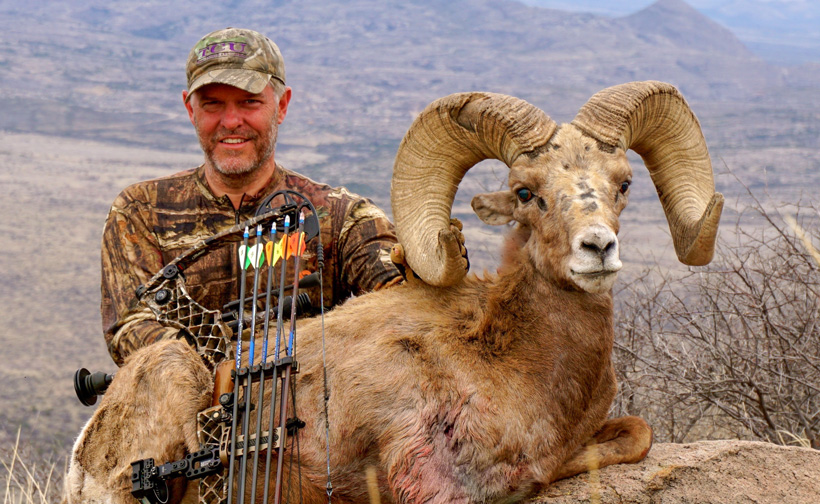 It is not every day that a hunter harvests a record ram with a bow and arrow, but that is just what Alan McGraw did last March. The desert bighorn ram, which officially scored 172 3/8”, is also now the first recognized Texas desert bighorn by Pope and Young.

Three other sheep have been harvested with a bow in the state (all on private land), but none of the animals had been submitted to Pope and Young for the bowhunting record books. According to the Lonestar News, this is because the organization did not recognize the desert bighorn sheep as a legal species in Texas.

McGraw was flabbergasted as the bighorn was taken on public land, saying, “Let’s see, it was a desert sheep, it wasn’t under high fence, it’s a game animal, it was in Texas — something about that doesn’t compute.”

Fortunately, after a few months of deliberation, Pope and Young agreed. McGraw’s sheep is now listed in the official record books as the Texas record archery desert bighorn.

“It was a dandy,” Glenn Hisey, director of records at Pope and Young, told the Lonestar News. “It is really a big one. This sheep will probably be one of the largest ones we showcase at the next convention.”

Being from Texas this is an awesome thing to see ! Desert Bighorn is one on my list for sure! Hopefully one day I can tag one in my home state ! Thanks for the info !