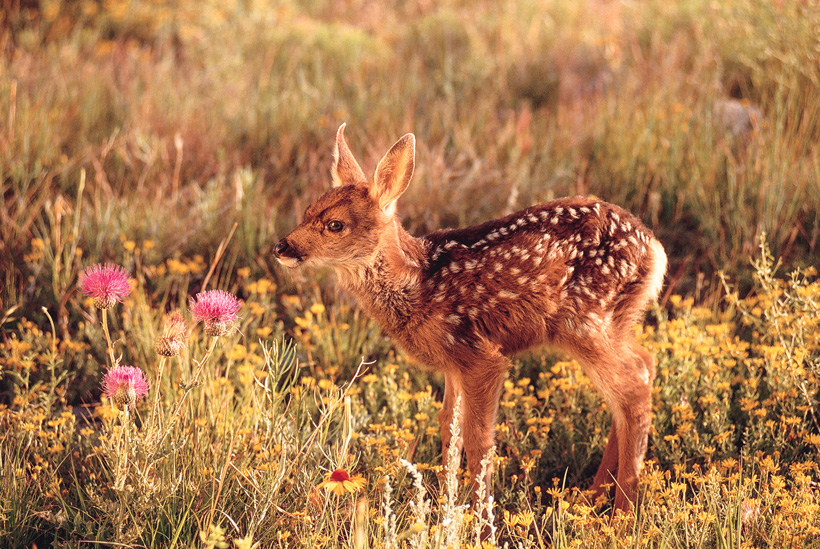 Wyoming researchers are in the second phase of a multi-year study to determine why mule deer numbers are on a rapid decline. Lead by University of Wyoming research professor Keith Monteith, the Wyoming Range Mule Deer Project is looking specifically at fawn survival rates across the Wyoming Range in an attempt to understand the role that predators may play in fawn mortality and mule deer population.

“It’s accepted that if we want to grow more mule deer, we need to grow more fawns,” says Monteith. “Hence the focus on those guys.”

Phase one of the project focused on mule deer response to oil and gas development, specifically identifying migration corridors between summer and winter ranges and gauging winter food conditions, according to the Star Tribune.

“Phase 2 is to really disentangle and separate and identify the relative roles of habitat, nutrition and predation on fawn survival and cause of mortality,” says Monteith.

Pregnant does were implanted with tiny radio transmitters back in March. When the radio transmitters fall out of their birth canals, they emit a signal, which is transmitted back to the research team. The plan for June is to track down the newly-delivered fawns, fit them with tracking collars and monitor them throughout the summer. Should a fawn die, scientists will use the tracking collars to find it and hopefully determine the cause of death. 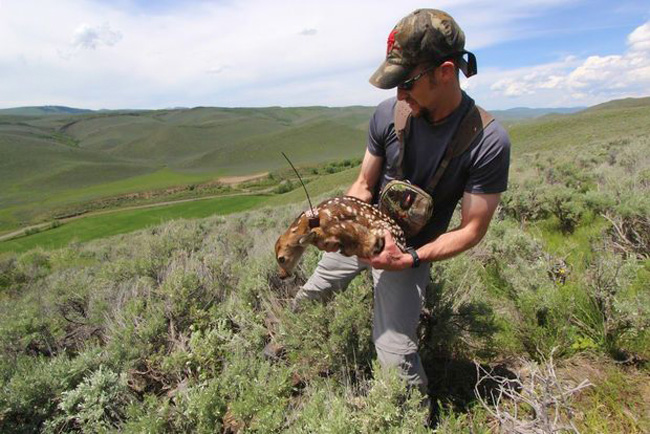 Combining the death tallies with the previous research completed during phase one of the project will help shape the story of what may be causing the swift decline in mule deer numbers. Gary Fralick, a Game and Fish wildlife biologist, says that understanding all of these aspects help wildlife managers.

“If predation is limiting fawn survival, or is having a great impact on fawn survival, then we need to know and understand which species of predator, whether coyotes, mountain lions or black bears might be having the greatest impact. The department then may consider adjusting hunting seasons for those species,” says Fralick. “On the other hand, if we are finding fawns that are in poor conditions because perhaps the does weren’t able to produce sufficient milk to nourish them, we can figure out what to do in the birth sites to improve the type of plant to improve condition of does.”

While the Wyoming Wildlife and Natural Resource Trust, Muley Fanatic Foundation, the Animal Damage Management Board and the Wyoming Game and Fish Department helped fund the $1.5 million to get the study underway, more money is still needed in order for researchers to finish the final year and a half.