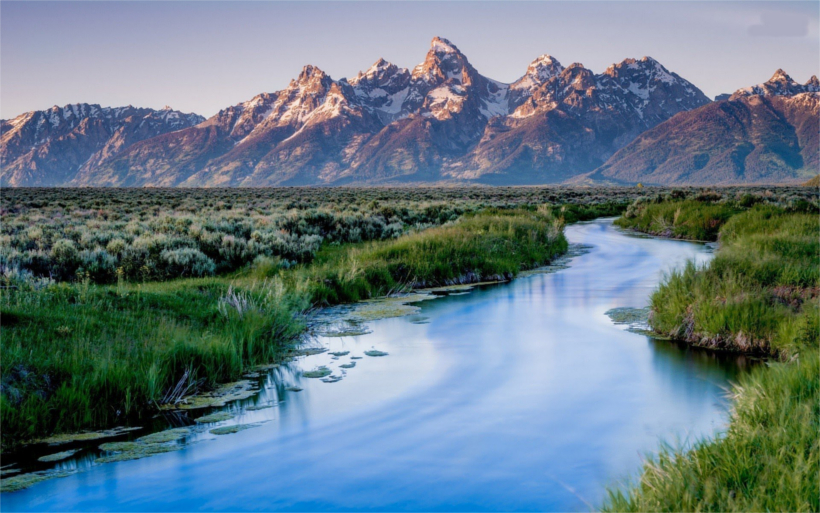 Extreme animal groups are worried that the 2014 decision to allow Wyoming to manage 2,300 acres of land within Grand Teton National Park could have detrimental ramifications to wildlife should the state decide to allow trapping for beavers and hunting for wolves, moose, bison and elk. The state could also potentially allow hunting for grizzlies, should U.S. Fish and Wildlife Service move forward with delisting the bears later this year. The lawsuit, filed by the National Parks Conservation Association (NPCA) and the Greater Yellowstone Coalition (GYC) would force control back into federal hands if successful.

“We find ourselves taking the National Park Service (NPS) to court to force the Park Service to maintain Park Service authority over Park Service resources,” says Caroline Byrd, who serves as Executive Director of the GYC. “After trying for months to convince them to reassert their long held authority over park inholdings, we were left with no choice but to go to court.”

Both groups feel that the inholdings, which is land not owned by the NPS that is still within Grand Teton National Park, could be disrupted for the 2.8 million annual visitors who visit the park to see its wildlife should hunting be permitted, according to the National Parks Traveler. The lawsuit alleges that NPS’s decision to turn this land over to the state of Wyoming violated federal law. This isn’t the first time that NPS has been under fire for a decision by these groups. Prior to this, NPS was badgered for it decision to allow an annual elk hunt within the park.

Prior to taking legal action against NPS, the groups attempted to reach a compromise without any success. Members of NPCA and GYC hope that the lawsuit will show NPS their dedication to the matter and resolve the issue in a mutually agreeable way. While the lawsuit has been officially filed, there is no hearing scheduled yet and NPS has remained silent on the matter.

It's time for our conservation groups for hunters and anglers to start filing lawsuits against the groups that cost us the right to hunt and fish. These people are the same people that make it so that our parks have to spend thousands of dollars on their lawsuits and not get anything done at the parks. No wonder why they are under budget they have to spend it on these ignorant groups.