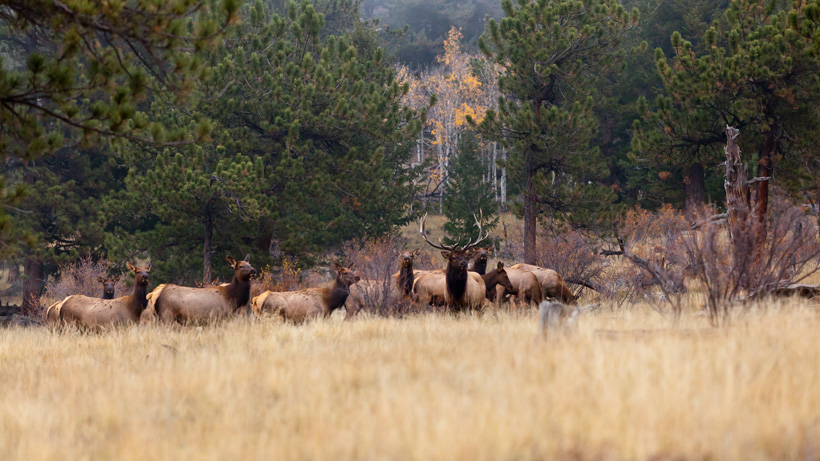 Due to a drastic drop in elk numbers within Missoula, Montana’s North Hills herd, the Montana Fish, Wildlife and Parks Commission has moved forward with reducing the number of elk tags this season. The decision, which was approved last week upon the suggestion of Montana Fish, Wildlife and Parks (MFWP) biologist Liz Bradley, will decrease the number of elk tags “for the area north of Missoula, especially in the Rattlesnake Wilderness and National Recreation Area,” the Missoula Current reports.

“I’m not concerned the herd is disappearing – the population (size) is at the place where it was in the late ‘90s before it took off,” said Bradley. However, she noted that while spring surveys saw some decrease in elk populations in other herds, the North Hills herd has lost nearly half of its members since 2016. In 2011, there were 450 elk; last spring, biologists counted “less than 150,” according to the Missoula Current. And the current survey discovered few calves within the herd.

“This is somewhat of an exception to our usual course of business here, in that we typically adopt season types and season structures biennially. However, there are occasions that arise when we have to make changes outside of that cycle,” said Vore. “This proposal is to address a large decrease in the number of observed elk in the North Hills-Evaro unit.”

According to the Missoula Current, rifle hunters can still hunt bulls during the regular season—it’s the antlerless B tags that are affected. Usually purchased over-the-counter (OTC), Bradley’s change now makes them only available through a special draw; however, if you’ve already purchased an elk B license OTC, you can use it in other Region 2 hunting districts.

Bradley’s hopeful that the change will help the population rebound and says a successful recovery for the herd means at least 240 elk at a minimum.

“Liz Bradley has done a heck of a job trying to figure out where in the world they went. This herd is typically so easy to find. They’re not there,” said Missoula region commissioner Tim Aldrich.