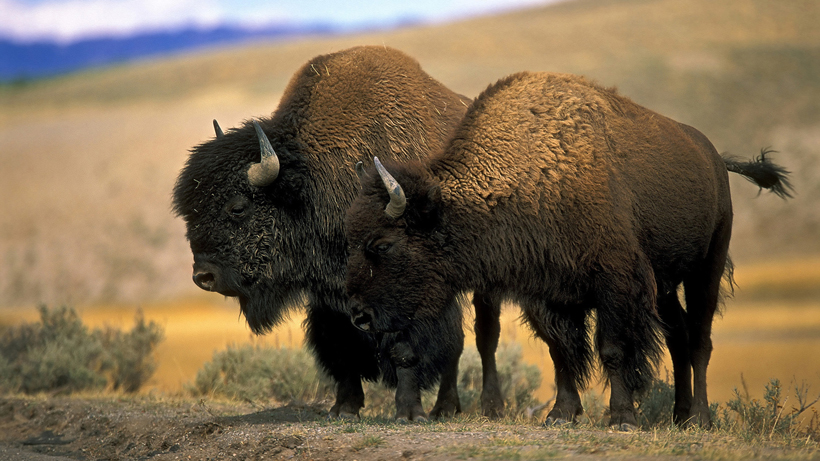 With a steadily increasing population of bison in Yellowstone National Park (YNP), state and tribal agencies have been managing the iconic animal through a variety of methods. Earlier this month, the Cottonwood Environmental Law Center (CELC) filed a lawsuit against the “capture and hazing of bison on the north side of Yellowstone National Park,” contending that the animals should be “allowed to travel north toward the Paradise Valley,” the Bozeman Daily Chronicle reports.

The lawsuit, which was filed in the United States District Court for the District of Montana, targets Secretary of the Interior Ryan Zinke; Montana Governor Steve Bullock; Montana Department of Livestock; Montana Fish, Wildlife and Parks and other park and forest service departments and individuals, listing all as plaintiffs in the lawsuit. CELC wants a judge to prevent state and federal agencies from enforcing a “bison tolerance boundary at Yankee Jim Canyon” and to halt all bison quarantine efforts, according to the Chronicle.

Bison are only allowed to roam a specific distance beyond YNP without incident; if they go beyond the Yankee Jim Canyon, bison managers can either push them back into the park or kill them. According to the Chronicle, in 2017, there were two instances of bison roaming outside of Yankee Jim Canyon and, in both cases, the animals were killed. This is due to worry that bison will spread brucellosis – a fatal disease – to area cattle.

In fact, as goHUNT previously reported, last October, nearly 1,200 bison were removed from YNP because the herd size was unsustainable for the amount of habitat and to limit the spread of brucellosis. While some bison were eliminated by hunters or shipped to slaughter, others were quarantined to confirm they were free of the disease before being relocated. It was the largest bison cull in over a decade and officials hope to eliminate another 600 this year.

“It’s a very dangerous situation,” John Meyer, an attorney and the director of CELC, told the Chronicle. “We think that situation can be remedied by allowing bison to go farther north.”

However, U.S. District Judge Sam Haddon denied Meyer’s request for a temporary restraining order that would prevent the enforcement of the northern boundary. This resulted in Meyer filing an amended complaint with additional claims. There have been no comments from any of the plaintiffs regarding the lawsuit. A draft bison management plan is still in-progress and has been, according to the Chronicle, since 2015. A draft has not been released for public comment even though initially it was slated to be released in 2017.

We really need to stop the sweetheart lawsuits.