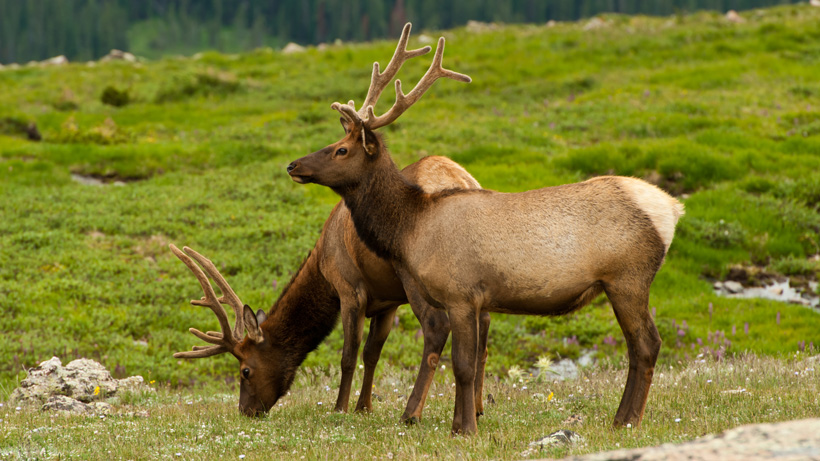 Elliott the elk is looking for a new home. Captured illegally as a calf last spring and raised by a family in Sweet, Idaho, the friendly bull elk is currently back in captivity as Idaho Department of Fish and Game (IDFG) officials try to locate an accredited facility to take care of him.

According to KTVB News, the young bull elk was taken away from the family that raised it once IDFG became aware of the situation. The animal was released, but returned to Sweet, Idaho on its own last winter. In mid-August, IDFG gave the young bull another chance at freedom, releasing it in an area where other herds roam in Bear Valley, but, after two weeks, they gave up.

“It’s now obvious that the young bull is too habituated to humans to make the journey back to its wild roots. Instead, it will live out its days in captivity. A sad ending for what should be a wild animal,” said Evin Oneale, an IDFG spokesperson.

Since raising a wild animal is illegal in Idaho, IDFG must now find a place for Elliott.

"A renewed search is now underway to find an accredited facility that will take the young bull. A nationwide search conducted just after the bull's capture in mid-August found no takers," Oneale said in a statement.

They should drop him off at the elk refuge in Jackson, left month. Sink or Swim!

They should drop him off at the elk refuge in Jackson, left month. Sink or Swim!