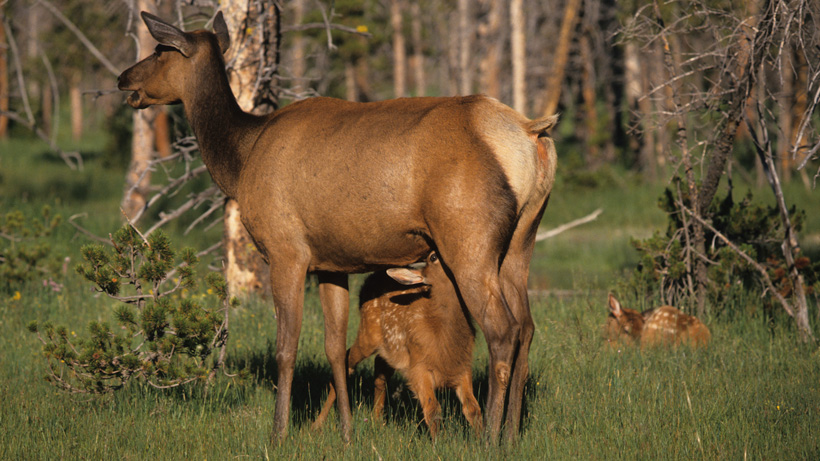 When a South Carolina resident spotted an elk wandering around in the Great Smoky Mountains National Park, he was surprised since elk are not common in that part of the country.

“It’s always cool to see an animal like that, especially 10 feet away, but it’s a little scary too,” Jason Redding told FOX News Carolina, after observing the animal eating from a pear tree. “A week or two ago there were tons of pears on there. He had to eat probably 100 pounds of pears. He was standing right here and you can see everything on this side of the tree is gone."

“That is indeed an elk. It is part of the herd from the Great Smoky Mountains National Park, and it has crossed over from North Carolina to South Carolina. The harness is a GPS radio collar. It’s been with us for about two weeks. It’s hanging out in the Greenville Watershed, but it keeps popping up in various places. That elk herd is a partnership between the National Park Service and N.C. Wildlife Resources Commission. They are not going to intervene unless the elk gets in an urban situation and endangers people and/or itself. We are hoping it will go back to North Carolina!

SCDNR is not currently trying to establish an elk population. We once had elk in South Carolina, but they disappeared many years ago, probably in the 1800s, due to overhunting and habitat destruction. It is illegal to shoot (an elk) in South Carolina, and I don’t know the exact fines and punishment, but it would be severe.”

Seven years ago, an elk from the North Carolina herd moved to South Carolina and was eventually captured and relocated to a zoo at Patriots Point in Charleston, according to FOX News Carolina.