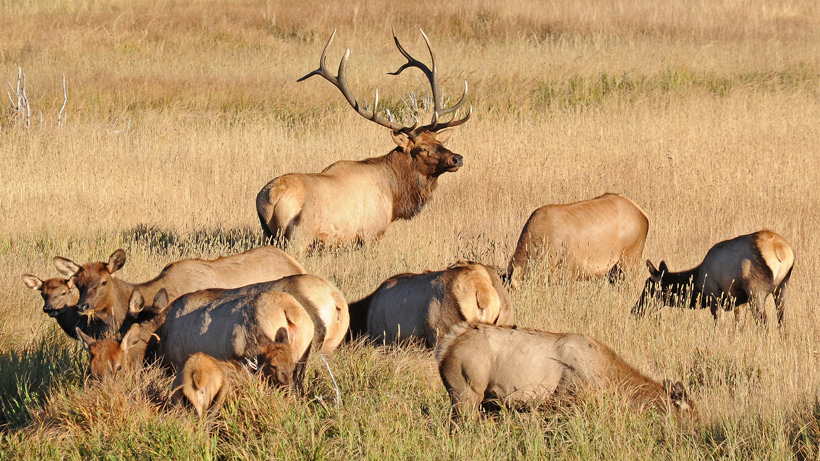 Last week, a Washington blueberry farm met its match: North Cascades elk. Located along the edge of a forest, the 650-acre Golden Eagle Farms on Cockerham Island farm managers say that roughly 100,000 lbs of blueberries were eaten by local elk, damaging about 40 acres in total, the Capital Press reports.

Farm official Michele Cherchi says that “fencing off the fields would be impractical,” despite the farm’s location because “[i]t’s a large area.”

According to the Capital Press, the Nooksack herd has migrated into agricultural land in eastern Skagit County over the last few years, resulting in Washington Department of Fish and Wildlife (WDFW) officials “building fences, increasing hunting and issuing permits to shoot elk on farmland.” However, these measures aren’t helping as much as farmers hoped and the county assessor estimates that elk damage accounts for $1.4 million annually. WDFW is expected to talk with lawmakers about minimizing elk on farmland this September.

While Cherchi says that some of the damaged plants can be salvaged by pruning, the farm’s estimated losses will be a lot. The U.S. Department of Agriculture’s average price for Washington grown blueberries is 98 cents per pound.

It’s also not the first time elk have targeted this particular farm. Last year, elk ate 10 acres of blueberry shoots “about to come into production,” the Capital Press reports. A permit is in a process that would allow the farm to shoot a single elk in hopes that will discourage other members of the herd from coming back. In the meantime, the farm has trail cameras up and running to figure out where the elk are entering the property.

Put up a fence and deal with it. Elk are worth higher blueberry costs. This is simply part of the cost of doing business when elk are around. I hope the state does not do damage hunts. Hunters and the general public enjoy these majestic animals.

Well, those elk will likely taste extra good for a hunter blessed enough to harvest one. ;-)