Elk population down at Ron Stewart Preserve in Colorado 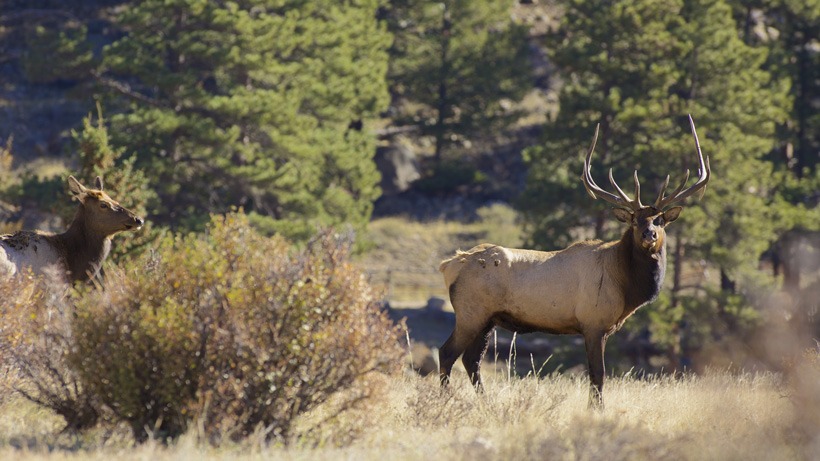 For the past two years, Colorado Parks and Wildlife (CPW) has been diligently managing the elk population at Ron Stewart Preserve at Rabbit Mountain in Boulder County, Colorado. Their goal? To reduce the number of elk that roam the “most biologically diverse open space property in the county,” according to the Daily Camera. And, it appears, that CPW’s efforts have been successful, though there’s still room for continued improvement.

Two years ago, about 365 elk populated the area, which CPW says “threatened to overrun” the important region. Today, that number has been drastically decreased—down to 168 elk—and CPW hopes to cut that number even further. According to the Daily Camera, the overall goal is to drop the resident herd to 30 to 70 animals (veering toward the larger number during migration).

“We’re thrilled around here, to see the reduction of herd numbers, to more natural and healthy herd dynamics,” said Therese Glowacki, manager of the Resource Management Division for Parks and Open Space “That’s what we wanted. I think it’s a success story. Our management plan is really going the way we were hoping.”

“We also have monitoring collars out there, and we have been watching where they are spending time,” said Glowacki. “They are not spending as much time on Ron Stewart Preserve on Rabbit Mountain. They are actually moving into Larimer County, which is exactly what we had anticipated, and so they are perhaps already mingling, or could soon be mingling, with the herd that’s in Larimer.

The original management plan for Rabbit Mountain is for a three-year period. Reassessment is required after the third season. As officials approach that mark, plans for the third year will see some changes, including permission for three hunters to hunt per week in the region starting the second week of September (although hunting will not be permitted during the weeks of Thanksgiving, Christmas or Martin Luther King’s birthday on Jan. 20), according to the Daily Camera.