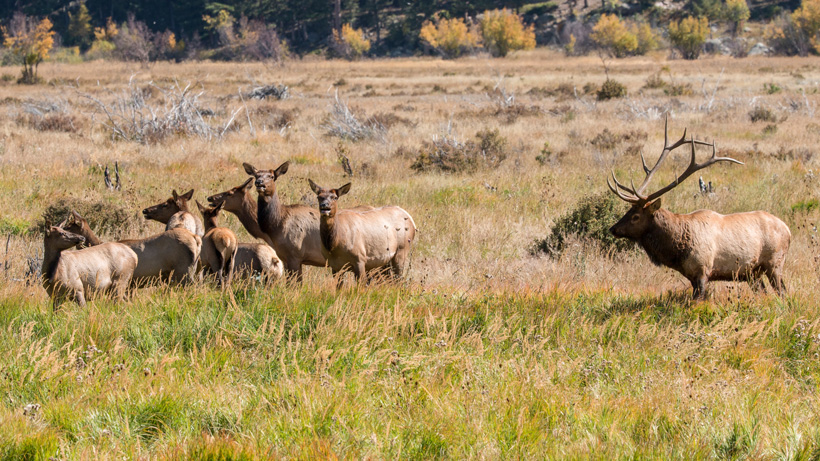 If you spot an elk limping around, especially within the Yakima herd, contact the Washington Department of Fish and Wildlife (WDFW). This week, the agency reported that recent samples taken from a juvenile elk in this Washington herd tested positive for elk hoof disease, making it the first time treponeme-associated hoof disease (TAHD) has been found in the Yakima herd.

“For many years, we’ve been surveying for hoof disease in the Yakima area, but we have never had a case of a limping or lame elk associated with hoof disease,” said Kyle Garrison, WDFW ungulate specialist. “The case, confirmed by Washington State University, was an early grade lesion and probably wouldn’t have affected the animal’s gait initially.”

As goHUNT previously reported, TAHD was also recently confirmed in two Roosevelt elk in Del Norte County in California. The disease, which causes deformity and overgrown hooves, damages an elk’s ability to walk, leading to limping, lameness and, in many cases, death. WDFW and WSU College of Veterinary Medicine staff discovered the disease in the Yakima herd elk after it was captured at one of central Washington’s feeding sites. The infected animal was captured as part of WSU’s elk hoof research project, according to WDFW.

Since the disease was first documented in the early 2000s, TAHD has been found in 17 Washington counties and within eight of the state’s 10 elk herds; however, in eastern Washington where the Yakima elk herd typically roams, “less than 1% of hunters report hoof abnormalities,” according to WDFW. While scientists believe that certain factors contribute to the prevalence of elk hoof disease like “wet or moist environmental conditions” or “an elk’s individual condition,” the majority of confirmed cases were previously found in southwest Washington.

This means that WDFW will ramp up efforts to monitor the spread of TAHD throughout the rest of the state.

“We’re going to increase our surveillance, continue our cooperation with WSU’s College of Veterinary Medicine, and we’re also asking eastern Washington hunters and recreationists to keep an eye out for limping elk or elk with hoof deformities,” said Garrison.

If you spot a limping or lame elk or an elk with abnormal hooves, please use WDFW’s online reporting tool to submit this information to state wildlife managers.