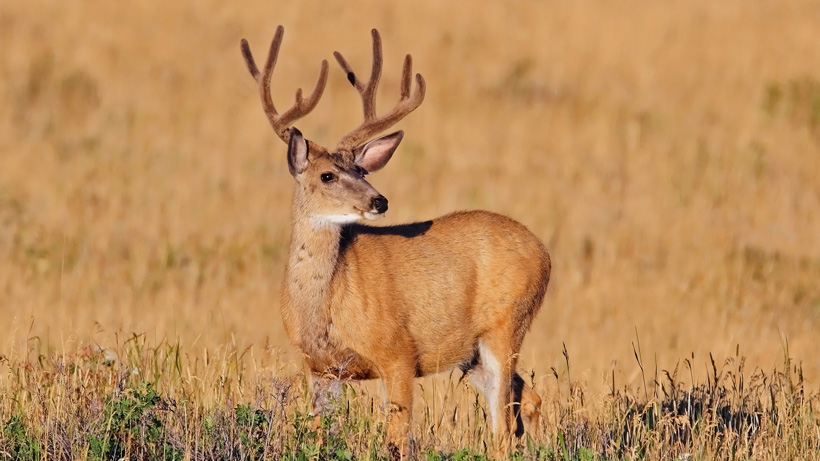 Chronic wasting disease (CWD) continues to spread across Colorado and has officials worried it could result in a long-term impact on deer herd health. While the disease has become widespread, recent testing results have found a “tenfold increase” of CWD in the White River herd, which is “one of the state’s largest in terms of population and geographic area,” The Daily Sentinel reports.

“We were quite alarmed to see the kind of prevalence (of CWD) we’ve seen in the last couple years. That raises its priority quite a lot in my mind,” said Brad Petch, Colorado Parks & Wildlife (CPW) senior biologist in northwest Colorado.

Due to the prevalence of CWD, CPW began mandatory testing in 2017 and, in 2018, extended testing for an additional 31 Game Management Units that weren’t tested during the previous year’s mandatory sample. The agency also moved forward with a new CWD response plan, which requires “rotating mandatory testing between herds” and “tweaking hunting levels” to help keep the disease under control “while not falling below the lower end of population range objectives identified in existing herd management plans,” according to The Daily Sentinel.

Yet, some individuals who deal directly with deer carcasses like Jay Purkey, who owns a meat processing facility in Meeker where the “tenfold increase” of CWD was recently confirmed, thinks CPW isn’t acknowledging how severe the threat of the disease really is. Purkey told The Daily Sentinel that an outfitter in the area had three of his four recent clients harvest a CWD-infected deer. Purkey has witnessed an increase in CWD-infected deer at his meat processing plant.

“I think it’s more prevalent than (wildlife officials) think up here,” Purkey said. “I think they’ve got a problem and they don't know how to fix it.”

However, CPW officials think the current response plan is a good start at fixing the problem. Matt Dunfee, who helped draft the plan and directs the Chronic Wasting Disease Alliance, told The Daily Sentinel that most plans “don’t have enough scope, don’t last long enough and don’t provide information that allows the state to learn and adapt over time,” but that CPW’s does all three, which will hopefully make it an effective action plan against the disease.