CWD most prevalent in northwest Kansas 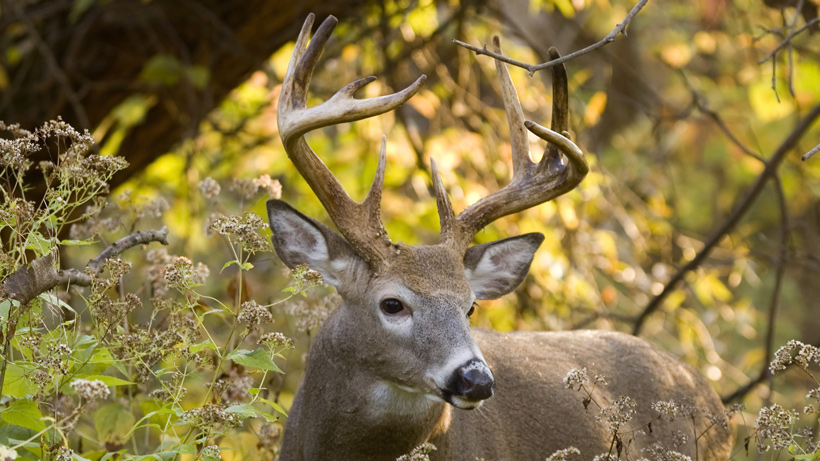 Out of 360 deer samples collected from Kansas deer this year, 37 tested positive for chronic wasting disease (CWD). The majority of the positive cases came from deer taken in Cheyenne, Rawlins, Decatur, Norton, Phillips, Smith, Thomas, Sheridan, Gove, Rooks, Osborne, Scott, Lane, Hamilton, Haskell, Hodgeman, Ford, Edwards, Stafford, Reno, and Pratt counties, the Hays Post reports. Most of these counties fall within the northwest portion of the state; however, some newly confirmed cases in Haskell, Edwards, Pratt, Osbourne and Reno show that the disease is spreading to the south and east.

The sampling was conducted by officials the Kansas Department of Wildlife, Parks and Tourism. The targeted region was southwestern Kansas although any deer thought to be sick were also sampled. According to the Hays Post, the first documented case in a wild Kansas deer occurred in 2005 in Cheyenne County. Since then 216 deer have tested positive for this fatal disease. Decatur, Rawlins, Sheridan and Norton counties all have the highest rate of CWD.

CWD continues to spread across the U.S. despite mandatory testing, new restrictions and research linking the spread of the fatal disease to soil prions. A new bill, HR 837, sponsored by U.S. Representatives Ralph Abraham (R-La.) and Marc Veasey (D-Texas), was proposed last month that calls for a collaboration between the Secretaries of Agriculture and Interior to work with the National Academies of Science to study and identify the ways CWD is transmitted between wild, captive and farmed deer, caribou, elk and moose.