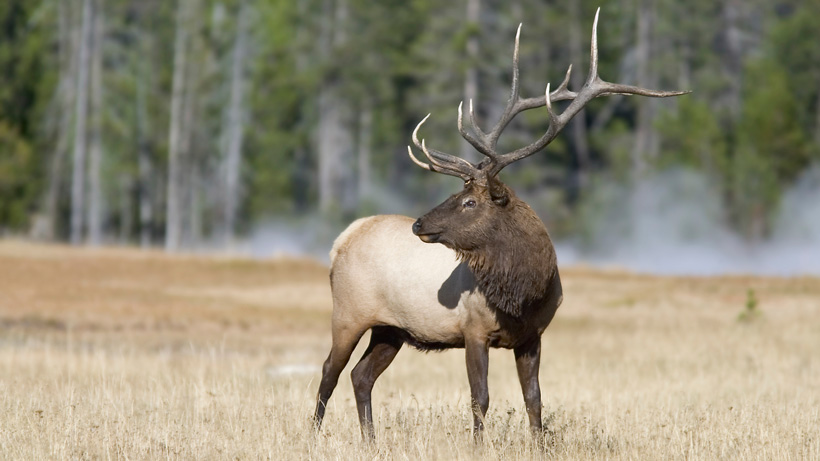 Last week, chronic wasting disease (CWD) was confirmed in a mule deer near Bondurant, Wyoming. The Wyoming Game and Fish Department (WGFD) tested the deer, which was harvested west of the Continental Divide and was part of the Sublette mule deer herd—a herd that can be found “near elk feeding grounds and not far from the National Elk Refuge,” according to the University of Minnesota’s Center for Infectious Disease Research and Policy News (CIDRP News).

“Seeing a deer test positive for CWD west of the continental divide again is concerning," said Scott Edberg, deputy chief of wildlife for the WGFD in a press release. "Game and Fish is always concerned about the spread of CWD.”

So far, CWD has not been discovered in the National Elk Refuge and, according to CIDRP News, the fatal disease is more prevalent in the state’s deer population rather than its elk. However, to keep CWD from contaminating elk feeding grounds, WGFD is upping its surveillance and “delaying supplementary feeding into the winter to discourage transmission between large groups of animals.” Any animal that may be potentially infected will be lethally removed by WGFD.

“When CWD is found on elk feedgrounds, we will all be faced with some difficult discussions
regarding elk management in western Wyoming,” said Brad Hovinga, the Jackson regional wildlife supervisor.

“Game and Fish has been working to lay the groundwork to minimize impacts and be prepared, but we realize this is a serious wildlife dilemma where solutions will require broad public support and a collaborative approach that includes help from partner agencies, elected officials, sportspersons, the general public, and local communities.”