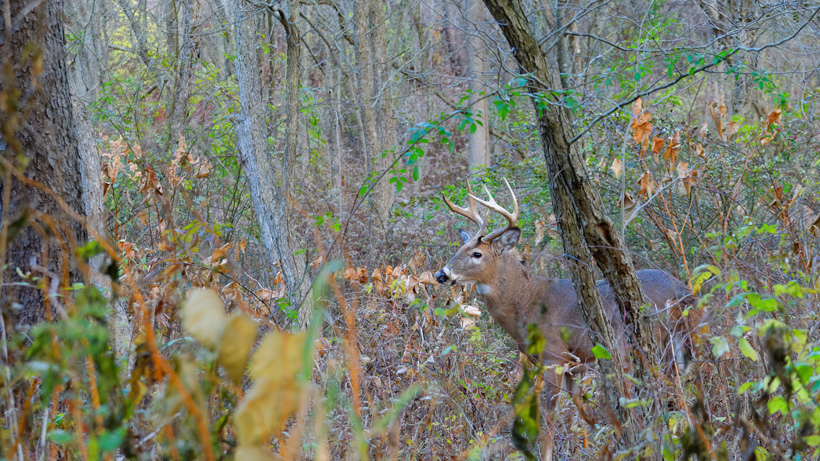 Minnesota is debuting a free deer carcass-incineration program that officials hope will curb the spread of chronic wasting disease (CWD) in the state. The program, which is in place for opening day of deer rifle season (Nov. 9), will allow hunters to bring their deer to the Crow Wing County landfill for disposal. It’s the “first of its kind” in the state and, with enough encouragement, the Minnesota Department of Natural Resources (MDNR) hopes enough hunters take advantage of it, the West Central Tribune reports.

“Our goal is to continuously spread the word between now and the gun deer season opener on Nov. 9, so that hunters bring their deer to the landfill for disposal rather than throwing them back on the landscape, which has the potential to accelerate the spread of CWD,” said Ryan Simonson, a county environmental services supervisor.

The program was put in place after Crow Wing County officials met with MDNR, the Minnesota Pollution Control Agency, the Minnesota Board of Animal Health and several other local businesses to get a better understanding of CWD and figure out ways to contain the spread of the disease after a wild deer tested positive in the county earlier this year.

“CWD was found here in Crow Wing County on Jan. 23 for the first time in a wild deer, and it was just located less than a half mile from a deer farm that had positive CWD deer … so that kind of got the lights blinking of, ‘We need to do something here,’” Simonson said.

According to the West Central Tribune, since 2002, eight deer farms have tested positive for the disease. These CWD confirmations caused MDNR to start monitoring wild deer within the state. So far, the state has tested more than 60,000 wild deer, finding the recent positive CWD-infected deer in Olmsted and Crow Wing counties and 17 CWD-infected deer in Fillmore County in 2016-17. Because of these newly confirmed cases, there is a new CWD management zone in the Brainerd area—deer permit area 604—and any hunter who kills a deer within this area must provide a sample for CWD testing, according to the West Central Tribune.

How the deer carcass-incineration program will work: 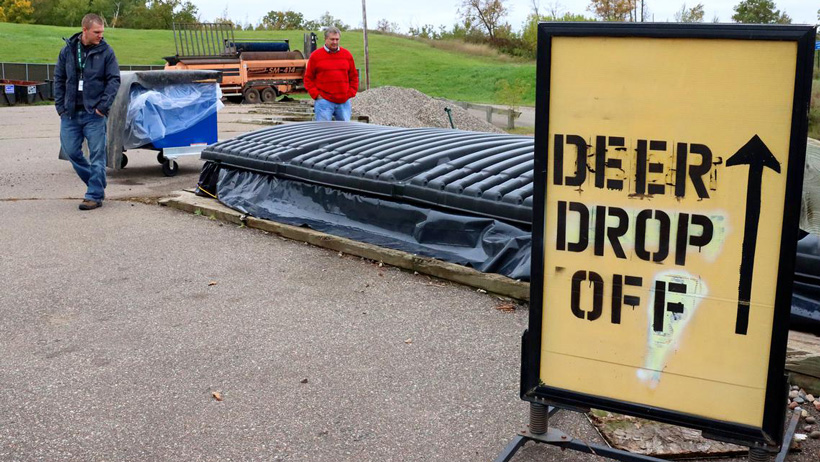 “We actually have a Dumpster set up — we keep it super clean — we wrap the deer carcass in plastic and we put it into another one, so we’re keeping the smell down … for the hunters who bring them in,” said Marvin Stroschein, manager of the county landfill east of Brainerd, 15732 Highway 210.

Carcasses are eventually moved to another dumpster at another site in the landfill, where the carcasses are incinerated “at more than 2,000 degrees in a rectangular container” half-filled with a variety of pine, oak and birch logs along with a bed of coals. The carcasses are burned at that high heat until only ash remains. The burner is located in the far corner of the landfill in order to keep the process away from spectators and the general public.

“The DNR originally purchased this back, I think, in 2002 when they first found CWD in Minnesota — this was kind of their plan back then. They never used it much for burning deer, but they were nice enough to donate it to us, since they weren’t using it,” said Simonson.