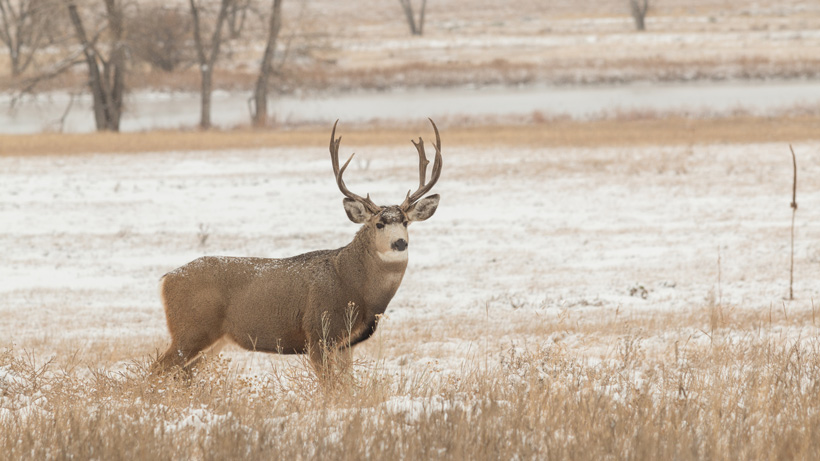 Montana wildlife officials are springing into action following recent test results that confirmed chronic wasting disease (CWD) has infiltrated the state. As goHUNT previously reported, CWD has been found in several mule deer within the south-central portion of Montana, resulting in a possible CWD hunt to gather scientific samples to determine just how far the deadly disease has spread.

According to the Independent Record, Montana Fish, Wildlife and Parks (MFWP) is quickly putting together a proposal to pass at the Fish and Wildlife Commission’s meeting on Dec. 7 to “design a first-of-its-kind special hunt” to figure out what the state is up against with regard to CWD.

“With the commission’s blessing we are largely following the plan, even though it’s a draft,” Barb Beck, supervisor for MFWP’s Region 5, told the Independent Record. “We’re trying to keep track of anything we think may need to be improved.”

Right now, MFWP is figuring out how large a reach the special hunt will have to cover. Two mule deer south of Hunting District 510 have tested positive for CWD; another hunter’s harvest is still pending. All appeared healthy before the test results determined otherwise.

“It’s not safe for people to assume that because my mule deer buck looks healthy, it is,” says Beck.

CWD can only be confirmed in dead animals. According to Jennifer Ramsey, MFWP veterinarian, “The disease has an incubation period of about 16 months to two years,” meaning that a deer can be a carrier without showing any symptoms, which include “weight loss, listlessness, drooling and lowering of the head.” Ramsey believes the disease entered the state via Wyoming. As goHUNT previously reported, Wyoming has confirmed cases of CWD in both elk and mule deer.

MFWP is holding meetings for landowners to discuss CWD and the impacts the disease will have on mule deer and other ungulates. The hope is that through landowner intervention and careful monitoring, MFWP may be able to keep the disease under control. Meetings will be held on Wed., Nov. 29, at 5 p.m. at the Bridger Civic Center and at 7:30 p.m. at Mountain View Elementary School in Red Lodge.

“We really need landowners at the table with us for this to be successful,” says Beck.