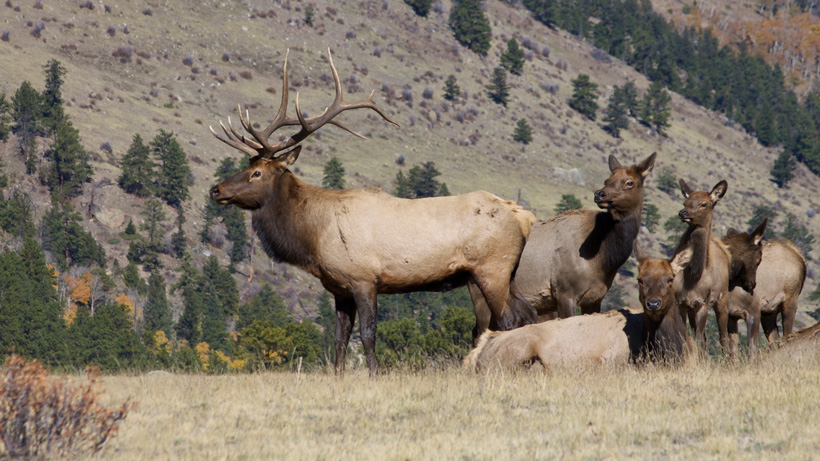 Since the passage of Gov. Jared Polis’s executive order last August, Colorado has been working towards better management of wildlife migration corridors and habitat improvement. A recent Colorado Parks and Wildlife (CPW) report illustrates the issues that are specific to big game within the state, which range from “construction of new homes and increased recreation” to “highway collisions and energy development,” The Daily Sentinel reports.

As goHUNT previously reported, the executive order focuses specifically on winter range and migration corridors and calls for collaboration between CPW, the Department of Natural Resources and the Department of Transportation. The new report will be used as a guide for future policy, regulatory and legislative recommendations.

Since former Interior Secretary Ryan Zinke’s 2018 order, Colorado has “taken advantage of grant funding” specifically for “improving habitat quality in western big game winter range and migration corridors,” according to The Daily Sentinel. So far, CPW has used grant funds for research projects that use GPS collars to track migration and habitat uses and for future installations of wildlife fencing.

Now, the state is on-deck to obtain another $480,400 from the over $4.4 million in grants announced this week by Interior Secretary David Bernhardt, which includes $3.1 million from a public-private partnership with the National Fish and Wildlife Foundation. Colorado plans to use the additional funds to install a wildlife underpass that will include wildlife fencing north of Craig on Colorado Highway 13, according to The Daily Sentinel. With roughly 4,000 wildlife-vehicle collisions occurring every year, installing an underpass would help decrease the number of incidents – many of which may be “underreported by up to 80% or more,” according to the new CPW report.

Other research projects are also in the works, including one that will measure “elk response to human recreation” with regard to migration and another that will explore “the use of habitat treatments to deal with energy development impacts,” according to The Daily Sentinel. There are also short-term projects geared toward standardizing “recording of wildlife collisions” as well as “defining and identifying big game transitional range.”