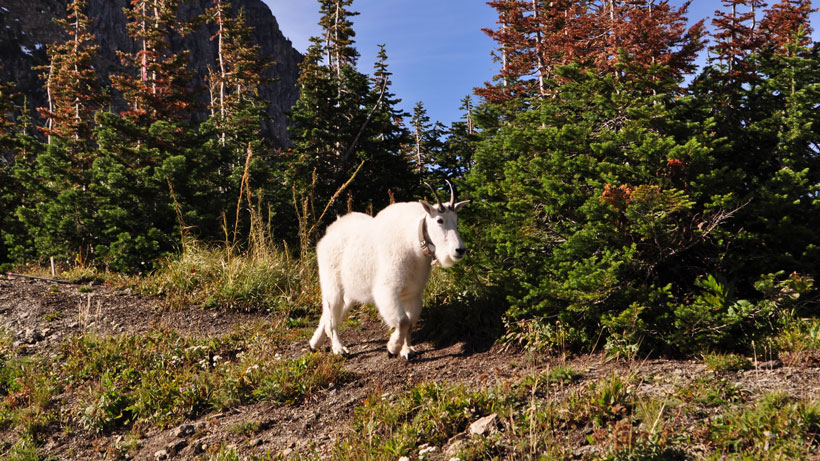 Utah can continue relocating nonnative mountain goats to the La Sal Mountains despite pushback from environmental groups who argue that the animals are damaging the “fragile” alpine habitat. The 10th U.S. Circuit Court of Appeals ruled Tuesday that the U.S. Forest Service cannot legally stop Utah wildlife officials from relocating the mountain goats onto state land bordering federal land even if the goal of the relocation was to establish a goat herd in the Manti-La Sal National Forest. However, while the court’s ruling affirmed the Forest Service’s decision “to allow the state’s controversial translocation program” to continue, it also stipulates that the Forest Service can also remove the nonnative goats if it deems the step necessary to protect the 2,380-acre La Sals’ Mount Peale Research Natural Area, The Salt Lake Tribune reports.

Mary O’Brien of the Grand Canyon Trust can attest to the damage already happening since the nonnative animals were relocated to the area. According to The Salt Lake Tribune, O’Brien and her group of researchers set up 45 study sites on Mount Peale and have documented “declines in plant life” and complete vegetation destruction in multiple sites since 35 goats were released in 2013 and 2014. Since then, the herd has grown to over 100 mountain goats with the objective set at 200.

“It is incontrovertible evidence of damage to an alpine area where plants grow very slowly,” said O’Brien. “They aren’t managing the habitat; they are letting it get destroyed. You put an exotic large ungulate into a fragile alpine area and increase its numbers, it is inevitable that it would be damaged. There is no way it wouldn’t happen.”

Due to this evidence, the Grand Canyon Trust and the Utah Native Plant Society sued the Forest Service, alleging that the Forest Service “abdicated its responsibilities” and argued that Utah should have been required to obtain a special permit before the nonnative mountain goats were moved to the national forest. The initial lawsuit was dismissed by a U.S. District Court judge and the groups appealed, resulting in the latest decision by the appellate court.

The original lawsuit argued that the nonnative mountain goats damaged the research natural area, which “was designated to ensure its rare and delicate plant communities are ‘retained in a virgin or unmodified condition’” and the only group that benefited from the relocation of this nonnative species were big game hunters after a hunt of a lifetime, according to The Salt Lake Tribune. While the Forest Service’s Intermountain regional forester, Nora Rasure, voiced her opposition to the state’s decision to relocate the goats to the area in 2013, the Wildlife Board overruled her environmental concerns and moved forward with the relocation.

What does this decision mean for the La Sals’ Mount Peale Research Natural Area?

“We are evaluating our next step,” said the Trust’s staff attorney Aaron Paul told The Salt Lake Tribune. “Regardless of the outcome of the suit, it is plain that the agency has the power and the obligation to preserve the research natural area. As evidence mounts of the damage the goats are doing, it’s going to be more and more difficult for the Forest Service to make the case that it can’t do anything.”