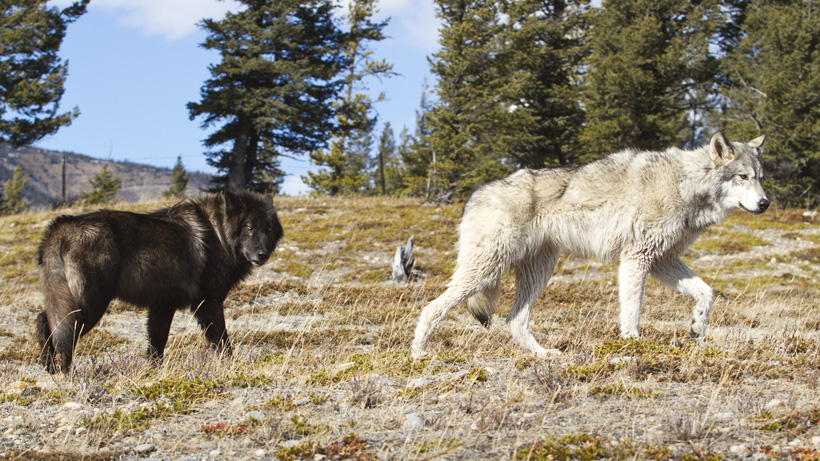 With a controversial ballot on the November vote that will allow Colorado residents to determine whether wolves will return to the state, new information about a possible wolf-related public health crisis is making waves. And it all comes down to one thing: wolf scat.

Last week, according to the Colorado Sun, Colorado Parks and Wildlife (CPW) reported a “credible wolf sighting” in the Laramie River Valley by campers in Grand County. This report comes after the agency announced that they were tracking a wolf in Jackson County and a pack of six wolves in northwest Colorado. While sightings are not confirmations of wolves within the Centennial State, CPW did confirm the presence of wolves last January, which suggests that reintroduction efforts may not be necessary.

But that’s not the current focus of opponents to the wolf ballot this November.

CPW biologists also recently confirmed the presence of “a parasite that can lead to hydatid disease in livestock, deer, elk and moose” and, even, dogs in analyzed scat from the Moffat County pack, according to the Colorado Sun. While unlikely, if people “inadvertently” ate the infected scat, they could “contract the disease from dogs.”

Denny Behrens, who leads the Stop Wolf Coalition, warned that the discovery could lead to “a major public health and safety threat in Colorado.”

According to the Colorado Sun, after analyzing scat gathered from wolves in northwest Colorado, CPW biologists identified several pack members that “were infected with a parasitic tapeworm common in wolves in Wyoming, Idaho and Montana.” While the Centers for Disease and Prevention points out that human cases of the parasite are “rare,” the Echinococcus tapeworm can be “transferred through eggs in the scat of wolves, dogs and coyotes to sheep, cattle, goats, moose and elk that eat the feces and contract hydatid cysts.” People can come into contact with the disease if their dogs are infected with it and they “accidentally ingest soil, food or water contaminated by dog waste,” the Colorado Sun reports.

However, those who have had some experience with the disease in the past do not view it as a threat. George Edwards, executive director of Montana’s Livestock Loss Board, recalled it being brought up in 2009 – a few years after wolves were brought back to Montana and populations were increasing.

“We were really having a ton of wolf problems back then and people started throwing, how do you say it again, Echinococcus, around left and right, talking about how we needed to get rid of more wolves because they had this disease,” said Edwards. “Nothing really came of it. I haven’t even heard that word in eight, nine years. It was the fad of the moment back in 2009 and 2010. I imagine it will be a fad there in Colorado for a year or two as well.”

With only a few months until the November election and plenty of information about the wolf initiative available – both for and against – it will be interesting to see if this new CPW report has any impact on the wolf reintroduction effort.

Do you think it will?