Could wild bison return to Montana? 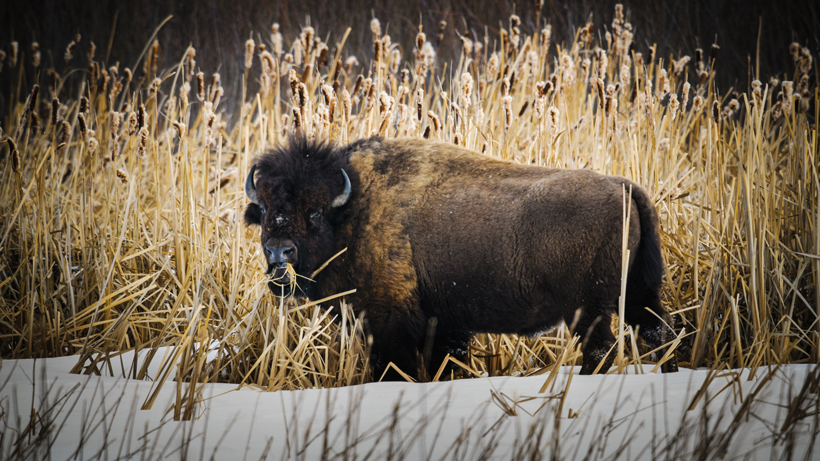 This week, Montana Fish, Wildlife and Parks (Montana FWP) announced that the agency had approved a final environmental impact statement that could bring bison back to Montana’s public lands. The effort took eight years, two gubernatorial elections and a new Montana FWP director and it is being touted as a step forward by conservation advocates, The Missoulian reports.

However, the initiative to restore bison to public lands has been met with resistance by private landowners, particularly those within the livestock industry. According to The Missoulian, those against reintroducing wild bison say that the animals bring disease and tend to destroy property. Montana FWP is trying to consider all sides of the issue.

“Wild bison have been successfully restored under a variety of management regimes and in a wide range of ecosystems,” Montana FWP director Martha Williams said in a press release. “But in order for a proposal to proceed in Montana, it must be devised collaboratively, taking into account the concerns of landowners and communities small and large, and it should follow the model of other successful wildlife restoration efforts.”

Further, according to a press release, “Any concrete proposal for bison restoration will have to undergo a site-specific environmental analysis and include a public review process. Completion of all the steps necessary to implement a bison restoration effort will take considerable time, even for the smallest of test projects.”

Right now, one of the main places where wild bison could roam is the 1.1 million-acre Charles M. Russell National Wildlife Refuge, which is managed by the U.S. Fish and Wildlife Service.

“There’s a lot of grassland habitat there that doesn’t have grazing on it,” said France, adding that the Refuge is “one of the pre-eminent places for restoring bison in Montana.”