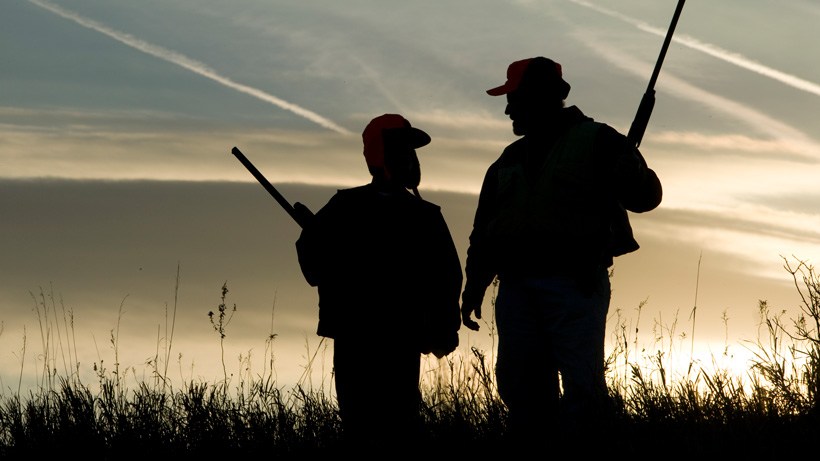 In order to follow the “Stay Home, Stay Healthy” directive, Washington has canceled its spring youth turkey hunt and general bear season remains closed – for now. The decision will disappoint many who have participated in the hunts each year, but the Washington Department of Fish and Wildlife (WDFW) has made this decision to “limit the spread of coronavirus/COVID-19” per the governor’s order, the agency reports.

“Every stop for gas, food, or a restroom break can introduce the virus to areas it hasn’t yet reached,” said WDFW Director Kelly Susewind. “It was a tough decision, but we want to ensure that people are properly encouraged to stay home at this time.”

The youth turkey hunt was scheduled for April 4 to 5. Spring bear season was slated to begin April 1 in six game management units. WDFW will re-evaluate at a later date as to whether spring bear season will reopen should current COVID-19 conditions improve within the state. According to WDFW, 90% of spring bear permit holders in northeast Washington travel to hunt from outside of the area.

Canceling the youth turkey hunt was a hard, but necessary, decision.

“Aspiring hunters often experience their first successful hunt over this weekend,” said Susewind. “It's disappointing, but this is a serious situation, and we want our communities and the hunting public to successfully protect themselves.”

Those who have youth turkey tags may still be able to use their tags during the regular spring or fall turkey seasons, “pending further impacts,” according to WDFW. Spring turkey season runs April 15 to May 31. The agency plans to reassess opening the impacted hunting areas on April 6. Hunts with limited participation do not have the same public health concerns and remain open. For updates on WDFW’s coronavirus response and harvest season, click HERE.

@Jesse B I completely disagree with your comment. What the state is doing right now to close turkey seasons and public lands entirely is is no way right, and in fact, has the opposite effect on the spread of COVID. Every city park in Washington right now is packed with people. I cannot walk down a trail without seeing someone every minute. I think it ISNANE to shut down hunting and fishing and especially, public lands, because residents pay for the rights to use those lands!! Will they be compensated?!? I highly doubt it.

Other states like Missouri have made their fishing licenses free for the next 60 days to encourage residents to get outside and fish!! Meanwhile, Washington and its idiots in office are creating an environment that not only prohibits people’s RIGHTS to public land, it is encouraging the spread of COVID by condensing the “legal” outdoor recreational opportunities. I fully believe that COVID is leveling off due to the nature of the virus, and not due to the actions of the state of Washington.

@Jesse B.
I don't agree that Inslee is an absolute idiot. If that were true, he would not have managed to finagle his way into the Governor's Office.

Asserting that "[o]ther than the first post, I don't see anyone using much logic/common sense", is asinine. Simply because you don't agree with a position does not mean that the position lacks logic/common sense. I won't ask you to opine on my post about unlawful takings because you are probably not qualified. But as for your characterization of the positions of others, you just assert that their position is wrong and then you don't offer anything of value.

The biggest flaw in your position is assuming that everyone is as alarmed about the virus as you are and therefore everyone should do as they are told. Has it ever occurred to you that one of the basic principles of American political thought is individual rights? Some people take the position that the government should never be able to tell an adult that he or she cannot associate or run a business. Some people take the opposite position and others are somewhere in the middle. What it boils down to is forced social distancing versus elective social distancing.

I suppose if you don't understand the points I've made, then suffice it to say, "STFU". Maybe you'll understand that crude admonishment. See what I did there? I insulted your position and told you to be silent but I don't have the authority to do the latter (just like some people don't believe the Government has the lawful or moral authority to force social distancing).

Other than the first post, I don't see anyone using much logic/common sense. And very rarely have I ever heard anything logical come from Inslee. He's an absolute idiot.

I applied for my WA spring bear tag, and would have liked to hunt as much, if not more, than most. I first thought it was stupid when the razor clam digs were cancelled (along with gathers of 250 ppl or more, then 50 ppl, and now 10 ppl) but now it makes sense because the virus continues to spread and kill.

Sadly, however, we live in a "monkey see, monkey do" world. Millions of people are confining themselves to their houses as they've been ordered to do so, leading them to go stir crazy. When they see or hear about people going out and having a good time (on a bear hunt/clam dig/tropical vacation for instance) it's reasonable to say many people would be empowered to do "non-essential" activities. You dangle that carrot long enough, someone's gonna bite.

It sucks, everyone knows that. However, the quicker everything gets shutdown and people quit moving, the quicker they can reopen. The virus will continue to spread as long as it has a host. Please look at the bigger picture and the ripple effect. People are sheep. Just because the enemy is not flesh/bone and has no face, does not mean you shouldn't respect it.

It's not just about hunting, it's EVERYTHING you do that can potentially transmit the virus. If you think cancelling spring hunting season is crazy, just keep on moving around, keep spreading the virus, and we'll see the fall hunting season cancelled in many states.

That sound you here are ALL your rights and freedoms being taken under the guise of safety. You are 100000x more likely to get Corona going to the store to buy a turkey than going to hunt one.

This is crazy in my opinion. I have seen the travel along I-90 lately and the number of individuals at rest stops/gas stations, is near the same, if not more than prior to the pandemic. Cancelling turkey season will restrict only a very small population of youth from traveling (be it those youth who participate in outdoor activities with their families; “an action allowed by the governor”). I think that hunting, unlike the many picnic gatherings and condensed hiking groups that are occurring across the state of Washington, is actually a true method of social distancing. To make this an illegal act in Washington is in my opinion, a result of a lack of funding to support game wardens during this time, or a result of laziness of behalf of WDFW; it is not an honest approach to attack the spread of COVID.

The state closed all state lands last week. This in turn condensed the population of outdoor recreationalists to the limited federal lands across the state. This state has been far behind the curve in managing this crisis, and their actions towards restricting hunting and outdoor recreation have only added to the problem.

I think this is a bit much,,i think theres plenty of room for s/d while glassing for bears,,alot more than if you stay home,,wash is self serve at the pump to boot..just another way to go stir crazy at home fighting for toilet paper

Thanks for sharing this information, Kristen. Do you expect other states to follow suit for the spring seasons?