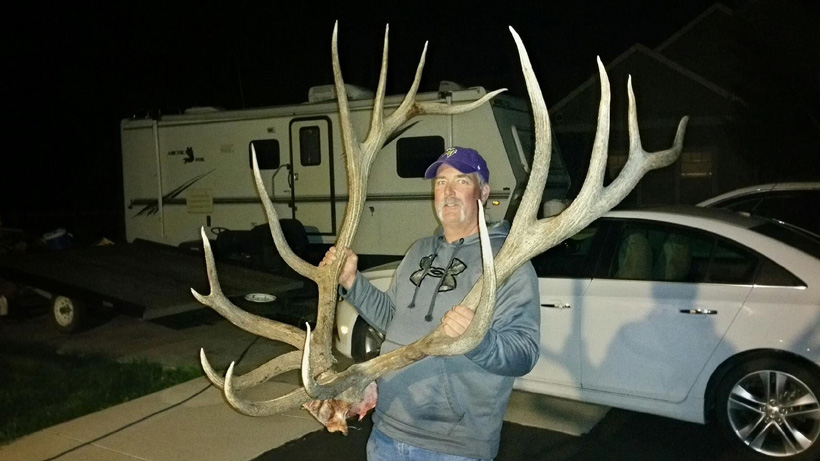 On January 10, the Boone and Crockett Club (B&C) and the Pope and Young Club (P&Y) announced that the bull elk that took the hunting world by storm back in 2016 is a potential new archery World Record typical elk. The bull was taken on a solo public land hunt by Montana resident, Steve Felix. The score was officially confirmed after the mandatory 60-day drying period at 430 0/8"! To put that in perspective, it's the largest typical bull elk taken in almost 50 years! The bull currently ranks number 4 all-time in B&C's record book and should be the new P&Y World Record. The current World Record P&Y bull scores 412 1/8" and was taken in 2005. 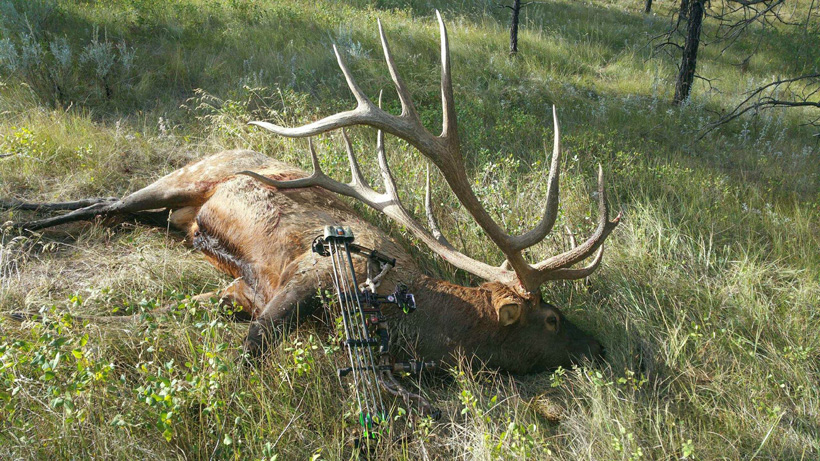 "History was made right here in Montana," said Justin Spring, Boone and Crockett Club's director of Big Game Records. "This is the fourth-largest bull in our records, which date back to before 1900, the largest since 1968 and the largest from the state of Montana."

B&C records animals taken by all legal hunting methods.
Pope and Young Club maintains records for archery taken trophies.
* Bull still needs to be panel scored for it to be official.

"It's a milestone in the success of our commitment to this iconic species," Spring continued. "Animals of this size do not happen by chance. It takes the combined commitment of wildlife managers and biologists, landowners, sportsmen and, above all else, it takes the best habitats we can set aside for elk in elk country." 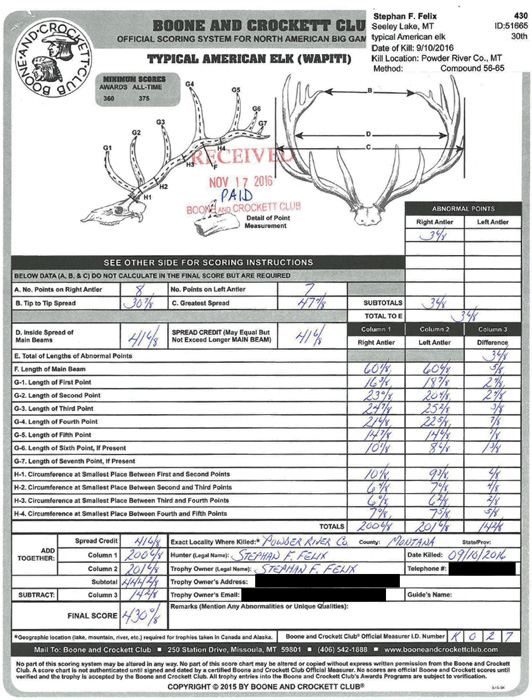 Steve's bull will need to be panel scored by a select number of official scorers just prior to the P&Y's Biennial Convention and Big Game Awards Ceremony that takes place April 5-8, 2017 in St. Louis, Missouri. If the panel score holds up, it will be the new bowhunting World Record.

"We're excited, not only for the health of our elk populations and bowhunting, but to be able to share this outstanding specimen with the public for the first time at our biennial convention," explained Joe Bell, executive director for the Pope and Young Club.

Records like this are proof that wildlife conservation and management is working well. "Elk of this size are a sign that we're doing something right out there," said Spring. "And the end result couldn't have happened to a nicer guy. He's been bowhunting a lot of years and really gets the spirit of the chase, the importance of conservation, and what records keeping is all about-honoring the animal and what it took to make sure we still have elk with us, and the opportunity to see and hunt them."