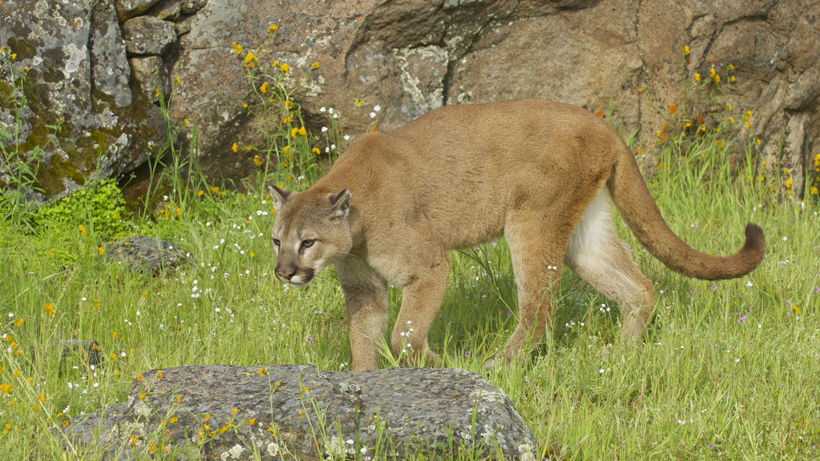 What happens when a mountain lion decides to dine on the local livestock? Well, if it lives in Nebraska that means that it’s dead. Last week, a state wildlife biologist killed a mountain lion after it killed a goat near Chadron, Nebraska. According to the Lincoln Journal Star, the male mountain lion was trapped and killed close to the area where “a rancher found the remains of one of his goats.” While it’s sometimes difficult to confirm livestock depredation, the evidence definitely made it an easy open and closed case.

Pat Molini, an assistant administrator for the Nebraska Game and Parks Commission’s wildlife division, told the Lincoln Journal Star that the goat had both puncture wounds and drag marks and when they found the goat it had been “cached—covered with grass and sticks so the cat could return to feed later.”

Based upon Nebraska’s Mountain Lion Management Plan, landowners can “request the predator to be euthanized in cases of confirmed livestock kills.”

“Ultimately, we work with them (landowners). That’s part of the response plan — to protect livestock and property,” says Molini.

This is only the fourth confirmed mountain lion livestock depredation since 1991. It has no effect on the 2019 season. As goHUNT previously reported, Nebraska will hold its first mountain lion hunting season since 2014 in two sub-units of the Pine Ridge. The quota has been set at eight mountain lions; four in each sub-unit and no more than two females from each.