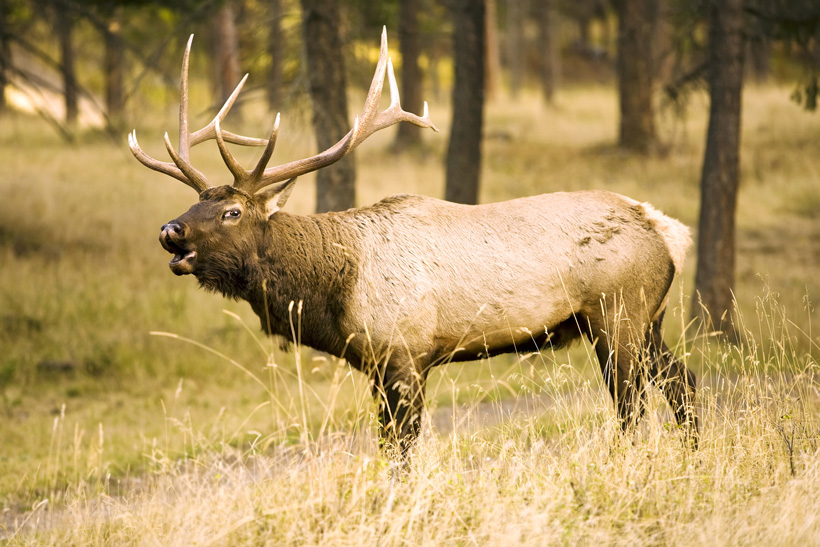 Thanks to Colorado’s wildlife operation tip hotline – Operation Game Thief – another poacher bites the dust. Robert Johnson, the most recent example of a hunter willing to enter the unethical circuit, was recently found guilty of trespassing and killing a trophy elk in the Devils’ Thumb Ranch last September.

Johnson, his wife and three others apparently trespassed onto the ranch and an adjacent property with the intent to kill the elk illegally. Reports show that Johnson allegedly told all of them to remove their hunter orange vests, point their flashlights toward the ground, and man lookouts while he removed the head and cape of the elk.

According to 9news.com, there is a law within the state known as the “Samson Law,” which was named for a large bull elk that was killed by a poacher in 1995. Based upon this law, anyone who kills or possesses a bull elk with six or more points on one antler automatically assumes $10,000 more in penalties than anyone with a standard fine.

This means that Johnson will have to pay $11,653.50 in fines and court costs based on the size of the elk that he killed. Additionally, he must complete 50 hours of community service. His wife, Melissa Johnson, along with accomplices Boden Jump, Rylan Everett and Abe Pierson, were also fined for their involvement with the poaching crime.