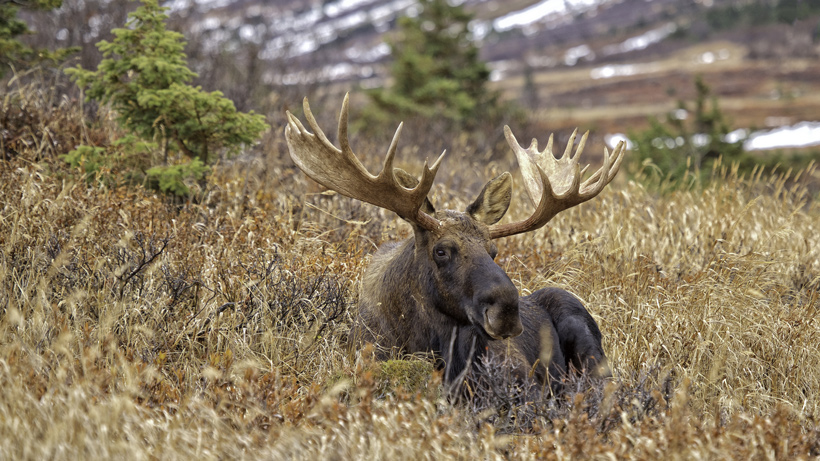 Colorado Voters for Animals and Conservation Colorado are both against the bill along with other animal rights individuals like Maxine Mager of Creative Acres, a no-kill animal sanctuary within the state. She says, "it's narrow thinking if the goal is to raise money for wildlife programs. I think you'd make more money if that's really the goal if you open it up to more people and not just hunters.”

According to The Gazette, the money raised through the raffle would be funneled back into administering the drawing “while half would go to wildlife habitat conservation or restoration, recruitment of new hunters or protecting the North American Model of Wildlife Conservation.” As goHUNT previously reported, CPW has some long-term funding issues and its operating budget, which relies primarily on revenue raised through the sale of hunting and fishing licenses, has been drastically cut by $40 million. This budget cut has impacted several programs and required CPW to eliminate 50 full-time positions.

If SB137 is passed, CPW will be able to sell raffle tickets at $50 per ticket with the limit of 25 tickets per person; each ticket will enter that person into a raffle for each species hunting license. According to The Gazette, the raffle will bring in roughly $277,635; however, the fiscal analysis says that “the bill will cost the state slightly more than that to administer the raffle and the other programs tied to it.”

As of the publication date of this article, it appears that SB137 has been postponed. The Gazette reports that Sen. Scott will likely add amendments to the original language, but what those may be is unknown.

I would venture to guess that maybe some of the revenue problems seen from the outrageous price of Colorado's out of state big game tags. I used to pay $250 for a elk tag, now they are $600! I used to go every year, stay in a cabin, buy food, and supplies (revenue for the state)!!! Lower prices would bring more hunters! I'm not a doctor, or big corporate guru. Just a little guy who has to save to go on a hunt like that. I am planning on going again, but I'm saving.

I go up there and other places like it, to get away from wifi and the people that "need" it.

I would like to retract my previous comment. I agree with other posts that it doesn't make sense if it costs more to administer the raffle and programs than the raffle will bring in.

Question: When is conservation and more funding for the future preservation of our native species ever NOT a good idea?

How is this essentially any different than allowing one to purchase priority type points for a draw hunt. As for merging with parks, they need to institute a fee to access the parks and it is called a general hunting license. Do not put in place a non-hunting access permit or you may risk hunters getting pushed out of the area based on permit $$. This is especially an important concept in states where anyone can have free use of wildlife lands purchased by hunters but do not require a hunting license to use for hiking, biking, etc... Yet another reason to not visit Colorado.

I think all of all off the tree huggers that moved from Kali are starting to ruin your state like the one Gentleman said use your pot money to support the CPW and free wifi nothing is free in life. raffle tickets should be 5 or ten bucks fifty is to high

How in the heck could it cost that much to administer a freakin raffle. If that is true, they absolutely should not be doing it. I mean come on. I've hunted elk in Colorado, for so many years it's hard to count. I have always thought that the CPW was one of the more with it state wildlife management agencies in the west. I have to question the admin cost on this one. The other point, so a guys puts in for tags and waits 15-20 years to to draw a tag, and you think that guy is not looking to kill a trophy. Buying a raffle ticket is not different than applying for a state that works on a lottery system. Everyone has the same equal chance and opportunity to draw. Example: New Mexico

This mess is all caused by Governer Hickenlooper merging State Parks, a bankrupt institution, with Colorado Division of Wildlife, a successful, self-sustaining organization. All those hippocite anti-hunters and so called "widlife lovers" had their chance with state parks and that program went bankrupt. They didn't want to pay to protect it then, and the only solution was to piggy back off hunters' and anglers' dollars from the DOW. They should be ashamed! They are repeating a failed program they tried in the 1970s!

As far as trophy hunting, do they think the hunters waste the meat? Don't meat hunters typically look for the most mature animals to take? I've never known a meat hunter to pass on a large 6x6. Does that mean they're any less or more a trophy hunter? These antis are so disconnected from nature and reality that they cannot understand basic conservation principles. Such a waste when they could be part of the solution.

Wait are you guys serious about tax payer funded wifi at camp grounds? if so, that is insane.

They need over $100,000 to run a raffle? who the hell is in charge over there. 99.5% of all ticket sales should directly fund wildlife conservation and habitat.

Wifi at a camp site is the dumbest thing I have ever heard of. You don't need wifi to survive life. The government is making people more stupid and dependant every day.

This could be a chance for guys to get a tag that they may never get enough points for also.

I'm completely behind the raffle hunts. If some are opposed, and believe that this will bring "trophy hunting" (a very slippery and subjective term that means different things to everyone), perhaps they should put their money where their mouth is, buy the raffle tickets, win the raffle, and then not harvest an animal. Problem solved, right? State management agencies need to raise funds somehow, and I'm okay with this.

I do agree that free wifi at camp-sites is a waste of tax-payer dollars, if it is indeed gov't funded.

Sorry man but If you think the CPW is recklessly spending our money you dont know what your talking about.

Another disaster of reckless spending and ridiculous attempts to raise funding again by the state.

Hell, look at the bright side, at least their is free wi-fi at the remote camping locations so people can play on facebook....