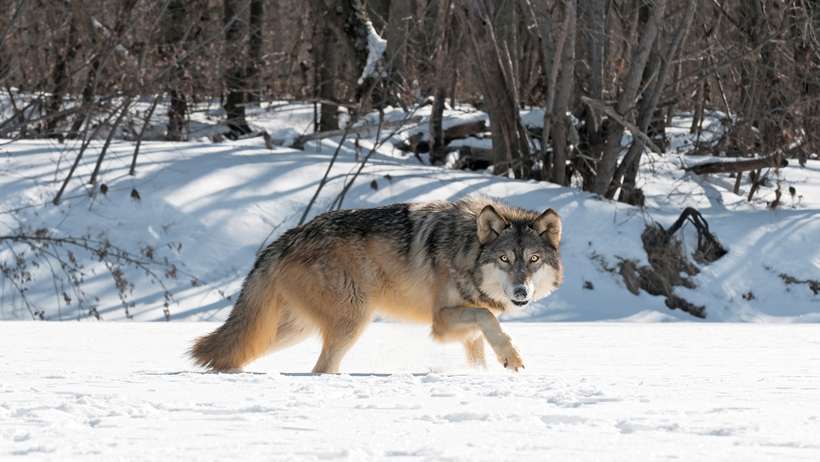 Hunters and ranchers who call the Centennial State home have a message for those who want wolves to return: no thanks. Last week, during the First Conservation District’s Annual Meeting and Banquet held in Moffat County, Colorado, the audience listened to Denny Behrens, Colorado director of Big Game Forever, give a presentation on wolves, resulting in a collective opinion among the 65 attendees that wolves are not welcome.

As goHUNT previously reported, while wolves may be native to the Centennial State, many Coloradans don’t want them.  Last January, the Colorado Parks and Wildlife Commission (CPWC) voted against the reintroduction of both Mexican wolves and gray wolves after a lengthy debate with ranchers, hunters, farmers, wildlife advocates and other residents. However, in mid-December, the Sierra Club held a meeting in Colorado to re-open the controversial issue and discuss reintroducing wolves to the state. Over 100 people attended and the discussion “brought an outcry from ranchers and other opponents of the reintroduction,” the Craig Press reports.

While there have been sightings of gray wolves within the state, Colorado Parks and Wildlife follows the 2016 CPWC resolution, which orders that the animals be left alone as long as they do not cause any problems. Colorado wolves are protected under the federal Endangered Species Act.

Those against reintroducing wolves to the state say that the animals would impact elk, deer and moose herds as well as cause major livestock depredation. During his presentation, Behrens suggested that wolves would also “serve as a vector for rabies and hydatid disease,” which is a tapeworm infection. As the presentation concluded, Behrens encouraged county commissioners to oppose the wolf reintroduction like the Moffat County Board of County Commissioners already has.