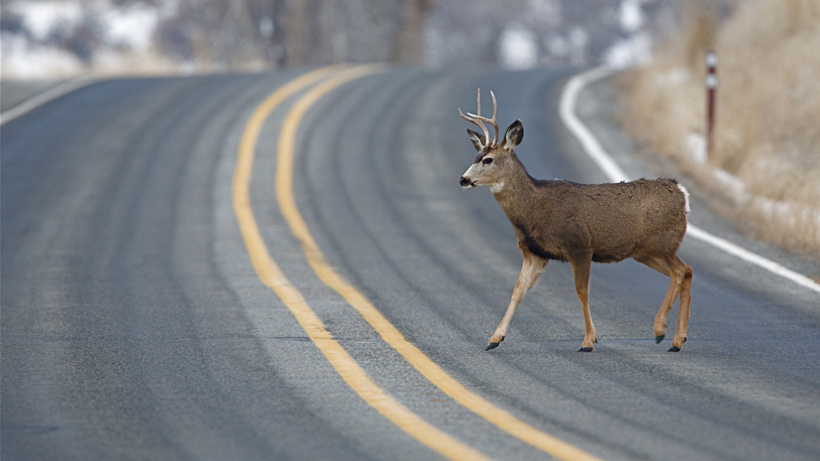 This week, the state released its Opportunities to Improve Sensitive Habitat and Movement Route Connectivity for Colorado’s Big Game Species report, which identifies ways to mitigate problems that impact wildlife caused by commercial and residential development as well as climate change, wildfires and continual drought. Specifically, the report looks at ways to solve the disruption of landscape connectivity and its impact on key migration routes, ways to decrease the number of wildlife-vehicle collisions through infrastructure change, how to coordinate conservation funding and ways to incentivize participation in voluntary habitat conservation efforts by industry and private landowners, according to a press release.

“Coloradans care deeply about protecting and preserving our state’s wildlife ecosystem and improving driver safety. Colorado is using all available tools and funding options to preserve wildlife habitats by reducing wildlife and vehicle collisions, reducing traffic delays, and ensuring that human activities protect wildlife,” said Governor Jared Polis. “I appreciate the work of the Department of Natural Resources and the Department of Transportation and I look forward to working with the Colorado legislature, local, federal and Tribal governments and private landowners in implementing many of the policy priorities laid out in this report.”

Some may point to the prevalence of disease or increase in predators, but the report found that those did not contribute to the decline as much as habitat loss and fragmentation resulting from residential, recreational and industrial development, according to the Denver Post.

The government will work with a variety of partners, including the Colorado Department of Transportation (CDOT) as a portion of funding is set aside for fencing, underpasses and other highway infrastructure improvements to decrease the number of wildlife-vehicle collisions.

“We’re trying to put the money where it will do the most good,” said Paul Jesaitis, CDOT’s Region 1 transportation director.