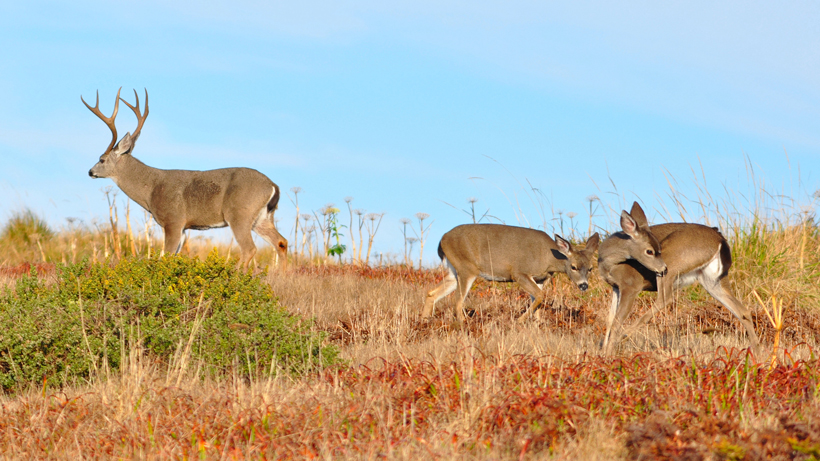 Disease has come to Vancouver Island and several of the surrounding Gulf Islands. This week, the Ministry of Forests, Lands, Natural Resource Operations and Rural Development confirmed that adenovirus hemorrhagic disease (AHD) has killed about 22 deer since the beginning of 2021, the Vancouver Sun reports.

Ministry officials began monitoring the disease outbreak after about 60 deer were found dead on Galiano, Mayne and Parker islands. Since that discovery, officials have performed necropsies on 36 of the deer and confirmed that 22 died due to AHD. And, unfortunately, it seems that this deadly disease has crossed borders into the U.S. According to the Vancouver Sun, last week, the Seattle Times reported on “dozens of deer deaths in the San Juan Islands” and about 50 of the “afflicted deer…tissue samples” tested positive for AHD.

The disease doesn’t only impact deer, but can infect all ungulates. However, blacktail deer and mule deer “appear to be most severely affected,” said the ministry.

According to the Vancouver Sun, AHD first appeared in California in 1993 and, since then, annual outbreaks have occurred across the western U.S.; however, it is only the second time the disease has surfaced in Washington State and the first time any cases have been confirmed in British Columbia.

Infected animals usually have “difficulty breathing, foaming or drooling from the mouth, diarrhea and seizures” and fawns are usually more susceptible than adults. The ministry said that “there is no known human-health risk from the virus and no evidence that it can be transmitted to human beings” as well as livestock and pets.

If you see a deer that appears to have AHD, please contact Caeley Thacker at caeley.thacker@gov.bc.ca.