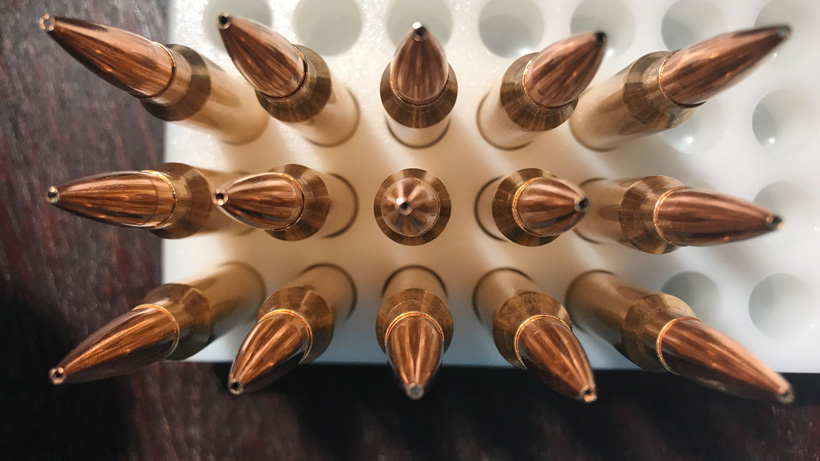 As of July 1, 2019, lead ammunition will no longer be legal in California. This ban applies to all hunting (including public and private land), all wildlife (game birds, nongame birds and mammals) and all firearms (rifles, shotguns, pistols and muzzleloader) “in any gauge or caliber for the take of any legal species,” according to the California Department of Fish and Wildlife (CDFW). This ban, which was signed into law in October 2013, makes California the first state to require nonlead ammunition for all firearms-related hunting.

However, a report conducted by the National Shooting Sports Foundation (NSSF) found that the implementation of the ban could impact the price of nonlead ammunition and could possibly result in fewer hunters or, at least, less frequent hunting, which could hurt the California economy. In fact, as goHUNT previously reported, NSSF found that higher ammunition prices will drive 36% of California hunters to stop hunting or reduce their overall participation and that nonlead centerfire rounds would jump 284%, rimfire rounds by 294% and shotshells by 387%. U.S. manufacturers of nonlead ammunition would have to increase production by 432% just to meet current demands.

Regardless, the ban is in place and hunters are strongly recommended to “acquire and practice with nonlead ammunition” prior to heading afield. The ban also applies to any nongame birds or mammals and anyone using firearms for property management (aka depredation to take species causing property damage). CDFW holds the right to inspect all ammunition and warns hunters to be careful when buying out-of-state nonlead hunting ammunition.

The ban does not apply to pellet rifles since they “are not classified as firearms,” according to CDFW. Lead ammunition is permitted for target shooting where it is legal to do so.