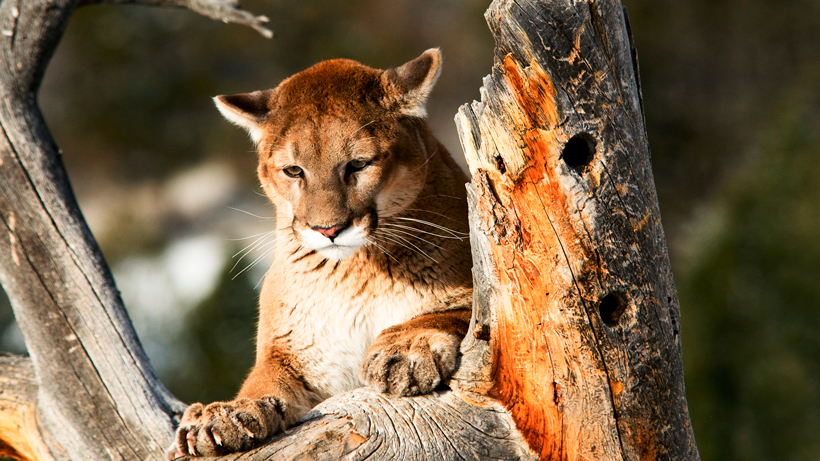 In California’s Sierra Nevada mountains, there’s an ongoing battle between mountain lions and bighorn sheep and the bighorn sheep aren’t winning. In an effort to help the dwindling herds recover from repeat depredation, the California Department of Fish and Wildlife (CDFW) has been relocating mountain lions from the Sierras to another location over 100 miles away, The Guardian reports.

“There’s no expectation that any of the lions we move are going to stay where we put it, regardless of age or sex,” said Danny Gammons, a CDFW predator biologist. “The goal is to get it away from bighorn sheep.”

While bighorn sheep now number about 600 animals – up from the 125 back in 1999 when they were first listed as endangered – they are divided between 14 small herds. One mountain lion can decimate a single herd, according to The Guardian. Initially, CDFW used lethal removal to curb the number of mountain lions within the bighorn sheep range, but the current regulations have been revised and require the use of non-lethal methods first, hence the current relocation efforts.

So far, most of the mountain lions have either settled into new territory or returned, traveling the 100+ miles back to where they initially roamed. Mountain lion biologists say this is because of “the animals’ keen sense of direction and ability to travel hundreds of miles in search of a territory or mates,” according to The Guardian.