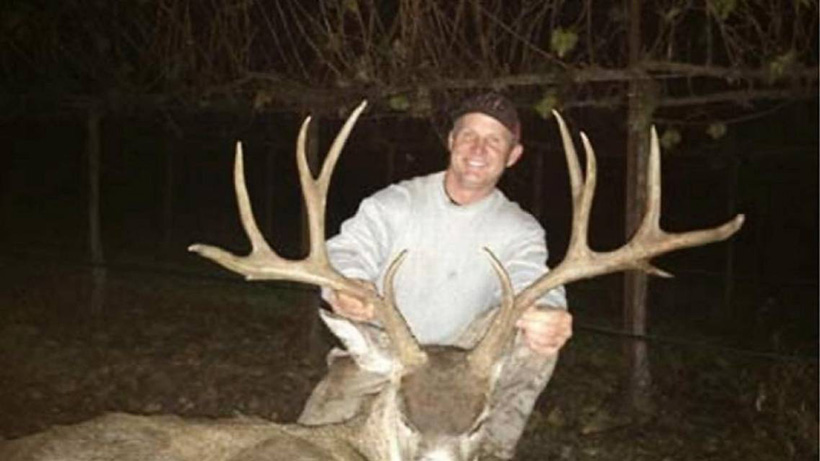 Real estate developer, Ironstone Vineyard owner, CrossFit gym owner and adventurist Jack Kautz can add a new label to his list of accomplishments: poacher. Kautz is guilty of illegally killing a massive trophy-worthy blacktail deer buck on one of his family’s vineyard properties near Wilton, California two months after the season ended, The Sacramento Bee reports.

The investigation started in September following a tip that Kautz had illegally killed the trophy buck the previous year. The tipster gave Warden Sean Pirtle a photo of Kautz with the dead buck; its unique antlers (five points on one side; four on the other) were hard to ignore. According to Pirtle, “The antlers of this deer were abnormally large and one of the biggest deer I have ever observed alive or dead in this part of California.”

In fact, the buck was one of the largest blacktail deer that California Department of Fish and Wildlife game wardens had ever seen – and one that would have made it into the record books if it had been harvested legally. The buck’s antlers “would likely have put it in the running for California’s largest-ever blacktail,” according to The Sacramento Bee.

According to CDFW’s investigation, Kautz tried to cover up the kill, hiding the trophy buck’s head at a friend’s house, essentially giving investigators the run-around as they tried to piece together the investigation.

While Kautz’s actions certainly made him appear guilty, his attorney, Joe Welch, says that Kautz killed the deer because it had a broken leg. “It had lost substantial weight, and it was obviously going to die,” Welch told The Sacramento Bee. “He did what any reasonable person would do. He killed the deer to put it out of its misery.”

Regardless, Kautz pleaded no contest on Dec. 19 to two misdemeanor violations, which earned him two days in Sacramento County jail, three years hunting probation and a $5,000 fine. In addition to the fines and probation, the buck’s head and antlers have been confiscated permanently from Kautz and will be used for educational purposes.