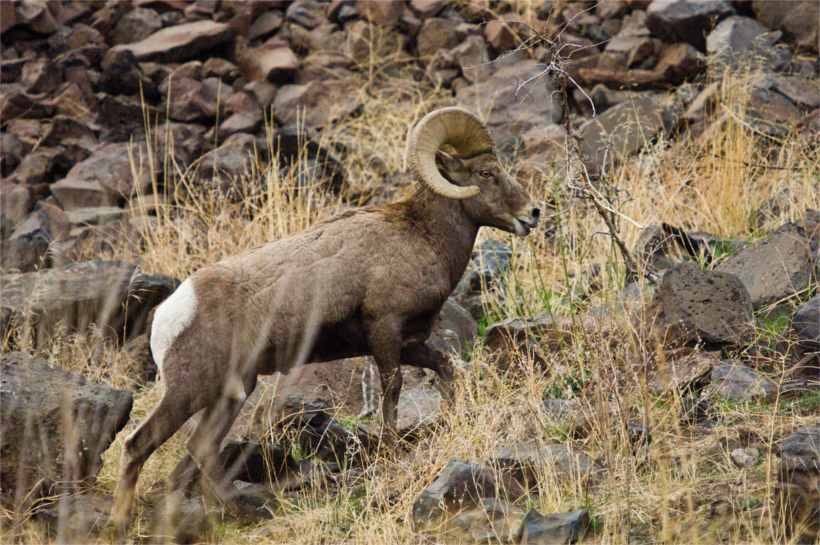 The California bighorn sheep that call the Canadian province Similkameen home are drastically declining in numbers, leading Canadian officials to take action. With only 27 sheep in the province – down from 75 only six years ago – the Ministry of Environment has decided to prohibit the hunting of the animals.

"Every time you lose a population you're losing genetics, and in some instances, you don't know what you lose," Chris Barker, former president of the Wild Sheep Society of B.C., told Radio West host Rebecca Zandbergen. "If they build up resistance to a certain thing and we lose that … then we're dealing with naive sheep herds that are susceptible to that sort of thing."

While there is not yet a specific reason linked to this major decline, it is possible that psoroptic mange, which is also known as “sheep scab” and can be fatal, could be a factor.  Barker suggests relocating sheep from other herds to possibly add genetic diversity to the current bighorns and help boost numbers for the future.

For now, according to the CBC News, the California bighorn sheep has been placed on the “blue list,” which, means that the animals are of “special concern,” but not yet listed as endangered.

For the full audio of the CBC News segment about the bighorn sheep, click HERE.