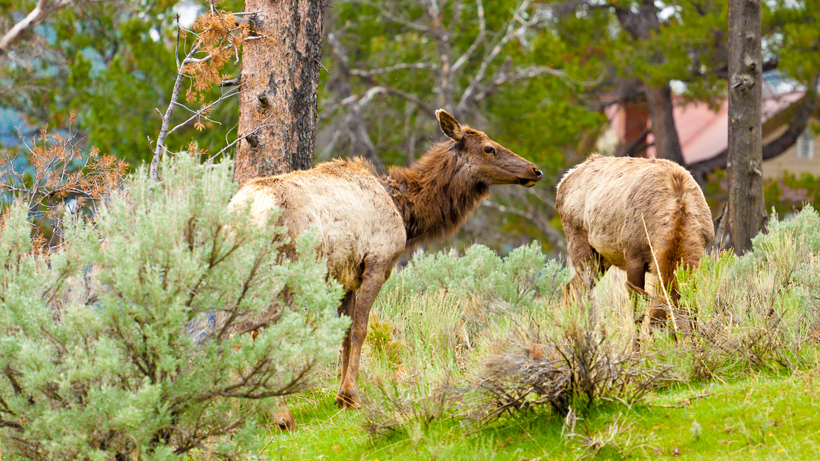 Elk hoof disease is creeping into California after two cases were confirmed in April in Roosevelt elk in Del Norte County. While treponeme-associated hoof disease (TAHD) has been a known issue within Washington, Oregon and Idaho elk, the recent cases in California’s resident herd has sparked a new effort from wildlife biologists with the California Department of Fish and Wildlife (CDFW) to track the disease’s presence in the Golden State, the Del Norte Triplicate reports.

TAHD is also known as “elk hoof disease” and often referred to as “hoof rot.” It causes hoof deformity. Overgrown hooves damage an elk’s ability to walk, leading to limping, lameness and, in many cases, death. The disease causes elk to become too week to graze, fight off other infections or escape predators.

“We’re still getting an understanding in the landscape,” said Emma Lantz, CDFW veterinarian. “Diagnosis is postmortem, so we need dead animals to sample for TAHD. We can look for lameness and limping when the animals are alive.”

CDFW is requesting the help of the public – and, in particular, hunters – in identifying suspected cases of TAHD. While Oregon has had “nearly 50 confirmed cases” and over “220 separate reports of limping elk or elk with deformed hooves since 2013,” as goHUNT previously reported, the two confirmed cases in California are the state’s first.

Right now, Lantz says CDFW is working with wildlife agencies in Oregon and Washington to “determine whether it’s possible for TAHD to be transmitted between” cattle and elk, according to the Del Norte Triplicate. CDFW staff also plans on collecting hunter harvest data during the fall elk season in Del Norte and Humboldt counties.

“Full cooperation would mean we would collect approximately 126 samples of harvested elk during this 2020 hunt season,” said Shawn Fresz, CDFW senior environmental scientist. “Hunters would be requested to bring the head, liver and all four legs intact to either our department office in Eureka or to our check station that we will be manning throughout the hunting season at Lake Earl.”

Hunters are also encouraged to submit samples for testing.

Once the disease is present in an area, it’s difficult to eliminate it, which is why CDFW is trying to stay vigilant and monitor any spread.

“After the first confirmed case of elk hoof disease, the northern region began documenting the occurrence of any elk that were limping, were less than ideal body conditions — so they were thin or emaciated — or had evidence of diarrhea and had visible abnormal hoof growth,” said Fresz. “Focused surveillance through regular visual observations will continue occur on the affected herd, adjacent herds and other resident herds of wet substrates with significant livestock overlap in Del Norte and Humboldt counties.”

“Because we don’t have a great understanding of the disease in general it’s going to take some time to see what the effects are of lethal removal,” said Lantz. “Animal welfare is also a priority for us because of the severity of this disease and how does it affect its ability to graze.”