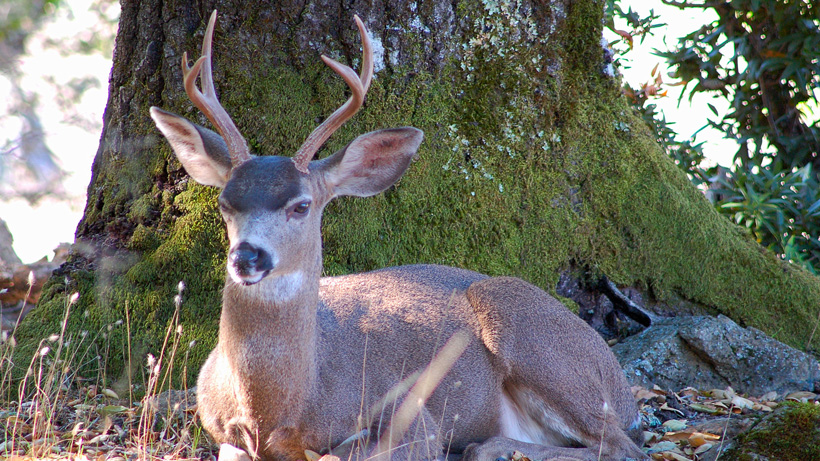 In an attempt to control blacktail deer populations in Oak Bay, British Columbia in nonlethal ways, a new trial is underway that uses immuno-contraception in blacktail does. The contraceptive vaccine initiative, which is funded by the municipality of Oak Bay and the province and directed by the Urban Wildlife Stewardship Society (UWSS), is considered a “cutting-edge” project to manage the flourishing blacktail deer population, the Times Colonist reports.

“This project, if proven successful, has the potential to be a significant solution for any municipality across North America looking to co-exist with urban wildlife,” said Kristy Kilpatrick, president of UWSS.

In Oak Bay, deer have caused landscape damage, disrupted traffic and attacked people and pets. Through funding this project, the province and municipality hope to decrease all of these issues without actually having to kill any of the deer. The program concentrates only on the Columbian blacktail deer, which is native to Vancouver Island and, in Oak Bay, about 100 of them roam.

In 2015, the community held a deer cull, which eliminated 11 deer—seven bucks and four does—in an effort to decrease deer numbers. Many residents were highly opposed to the cull, which meant that there needed to be a different way of managing the growing deer population. Hence, the current inoculation program, which uses the immuno-contraception vaccine called porcine zona pellucida, that “causes the production of antibodies that prevent fertilization of eggs,” according to the Times Colonist.

Over the next year, researchers will keep tabs on the inoculated does via GPS collars and ear tags as well as 39 game cameras set up throughout Oak Bay. An additional 20 does were also fitted with radio/GPS collars to “more accurately track their movements.”

Yet, one issue that researchers still need to solve is the effectiveness of the vaccine on the deer. According to the Times Colonist, the vaccine isn’t permanent and “not guaranteed to prevent pregnancy.” Booster shots would be required every year to achieve some sort of regular population management. However, this spring, researchers will tally the number of newborn fawns in order to “gauge the success of the project.”