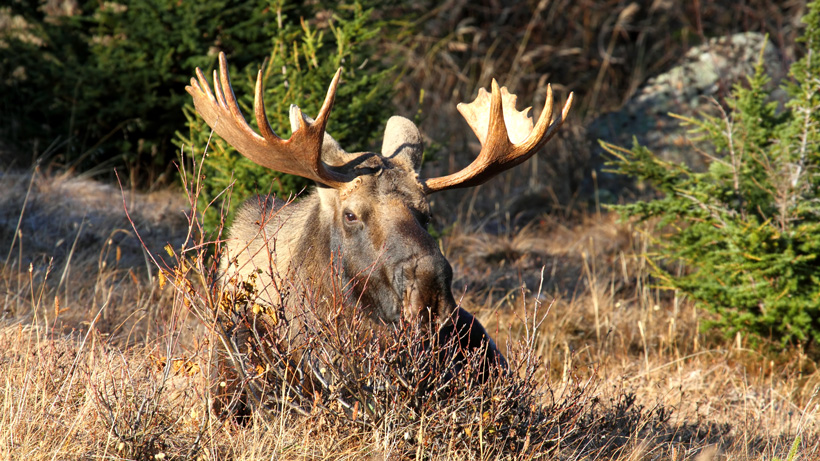 With winter weather upon us, staying alive can be a complex game for wildlife trying to find plentiful food and warm shelter. While ticks may be prevalent across the country and found on whitetail deer, mule deer, bison and elk, moose are their favorite target. And, unlike their ungulate counterparts, British Columbia (BC) moose are having a tougher time this winter because of these external parasites.

“Basically, a lot of moose die from starvation,” Dustin Walsh told the Livingston Ledger. Walsh is a BC biologist conducting research to determine how widespread and dangerous the problem is. “By the time you come upon a dead moose, it has almost no body mass. The ticks draw that much blood.”

According to the Livingston Ledger, mild cases of infestation means that moose lose 5% to 25% of their thick winter coats – a necessity to survive BC winters – while severe cases mean than the animals loose 80% or more. Some become so infested with winter ticks that “they rub their hair off while scratching and become so drained of energy that they are unable to eat.” Moose that manage to survive the winter will still have the ticks attached come spring. “[A] single moose can be covered with 100,000 winter ticks or more” and calves “are especially vulnerable.” 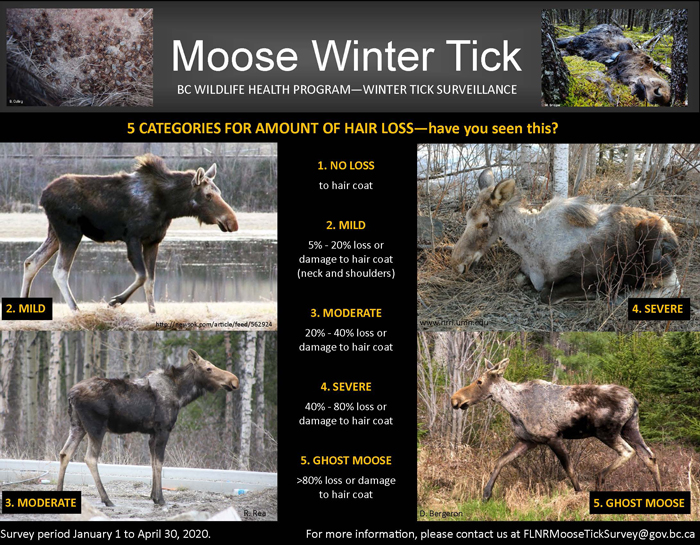 “The harsher the winter, the harder it is on the animal,” said Walsh.

This is why BC wildlife officials are currently monitoring how widespread winter ticks are within the Canadian province and embarking on the third year of the province’s moose winter-tick surveillance program. According to the Livingston Ledger, the study incorporates information collected from wildlife managers, forestry and environmental consultants, members of First Nations communities and the public.

“I’d like to see more submissions from people,” said Walsh. “As a biologist, I would like our moose population not to have these burdens. I’d like there to be a healthy population for generations to come.”

Click HERE on additional information on how to participate in the BC Wildlife Health Program Moose Winter Tick Survey. The information gathered through this form allows Walsh and other biologists to gather enough data to build a database in hopes that a solution to winter ticks can be determined.

“Nobody has ever looked at this problem like this,” said Walsh. “Mostly, the evidence that has been gathered until now was anecdotal. We want to see what trends are like.”

The program is funded by the BC Ministry of Forests, Land and Natural Resource Operations.